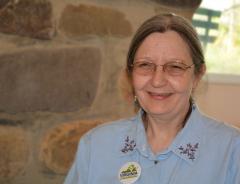 In the struggle to make the world a more just place to live for all people, no constituency can win alone and no organization is an island. Cooperation among diverse people and organizations increases power by expanding networks and moving beyond organizational limitations.

Virginia Organizing was founded in 1995 on the idea that everyone’s voice matters and we remain committed to the understanding that all people should be included in working democratically and non-violently toward change, especially those who have traditionally been left out of the decision-making process in a community.

Virginia Organizing actively seeks out diverse perspectives because we practice our belief that all people should be treated with dignity and respect. Dignity and respect starts internally and moves outward to promote equality in every locality, every facet of state government, and nationally.

Over the years, Virginia Organizing has led campaigns that have addressed equality of LGBTQ individuals, including helping teachers and students add sexual orientation to the non-discrimination policies in Charlottesville and Albemarle County schools, pushing the Virginia Housing Development Authority Board of Commissioners to remove the family rule that barred unrelated co-borrowers from applying for loans, supporting marriage equality, working to establish a Human Rights Commission in Charlottesville, and getting a regional hospital in Roanoke to provide better transgender services.

We recently celebrated with other civil rights organizations and our LGBTQ friends the beginning of same sex marriages in Virginia. For the last 19 years, Virginia Organizing has been fighting to make sure that all people have equality under the law and on October 6 we took an important step towards a more just Virginia when the U.S. Supreme Court chose not to hear arguments in Virginia’s marriage equality case. LGBTQ Virginians were immediately able to get married and enjoy the legal and financial benefits that marriage provides families. This is an historic event that proves when people come together to create change, change is possible, barriers can be broken, and the collective voice will echo for generations.

Campaigns that focus on LGBTQ individuals and families are important, but all Virginia families are affected by unjust policies. We need to see the interconnectedness of these matters and act to break down barriers that prevent cooperation.

Focusing on a breadth of issues is important because justice is not limited to one particular issue. People who need health care also need clean air to breathe and a strong Social Security system when they retire. Families that struggle to make ends meet should not be vulnerable to predatory lenders, but they also need to know that their right to vote is secure and is meaningful.

Without diverse voices, Virginia loses. We lose out on a perspective that might be different than our own lived experiences. Diversity brings new ideas and solutions to the problems we all face. Virginia Organizing is committed to raising those diverse voices and to helping people share their ideas and experiences.

Virginia Organizing focuses on those who have been silenced to combat the widespread privilege that exists in the majority. Those in power have traditionally had power and create policies and environments—like partisan districting—that maintain that power.

Raising the voices of those in minority constituencies, whether they are racial, ethnic, gender, age, ability, sexual orientation, religious, geographic, or other minorities, shifts the power dynamic and holds those in power accountable. When those voices are collectively raised, and different constituencies speak out and take action on issues that they are not personally experiencing because we are all affected, serious change becomes possible.  We need to “borrow and share” power to win!

Every year, at its Commonwealth Dinner, Equality Virginia recognizes OUTstanding Virginians who have represented the community with distinction. Last year, Virginia Organizing was recognized for its work moving Virginia toward LGBT equality.  Click here to learn more about past OUTstanding Virginians and to nominate somebody – or an organization –  that you think is deserving of this award!

A special thanks to Denise Smith for writing this blog.  Denise serves on the State Governing Board for Virginia Organizing, an organization working for a more just Virginia for all people.  Virginia Organizing was recognized as an OUTstanding Virginian at Equality Virginia’s 2014 Commonwealth Dinner.  – See more at: http://www.equalityvirginia.org/blog/cooperation-brings-success/#sthash.yMax3GRD.dpuf