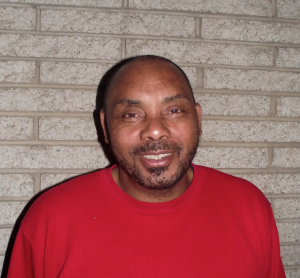 Originally published in The Virginian-Pilot.

Duke Energy may have set a new record for bad corporate behavior — it polluted a river while dodging its taxes.

Duke was fined more than 100 million dollars for dumping toxic coal ash into the Dan River over a five-year period. But it has so far faced no consequences for avoiding all federal income taxes over a similar span. While earning nine billion dollars in profits.

Corporate tax dodging should be dealt with as firmly as corporate polluting, since both hurt our families and communities.

But instead of demanding that corporations pay what they owe, Congress played Santa Claus, giving them even more tax cuts in the big year-end Christmas package.

My family’s still buying bottled water because Duke polluted our drinking supply. We pay in less obvious, but no less serious ways when Duke and other big corporations use loopholes to avoid their fair share of taxes. They leave the rest of us to pick up their tab.

The controversial closure a few years back of Woodrow Wilson Elementary School in North Danville is a good example. Despite high academic performance and strong parent support, Wilson was shuttered. The city didn’t have the money to keep it open.

The corporate tax breaks in the year-end budget deal will cost some 400 billion dollars over 10 years. Two of them—with the mysterious names “Active Financing Exception” and “CFC Look-Through Rule” — would make it easier for corporations to stash profits in tax havens and ship jobs offshore. A third one, “Bonus Depreciation,” would let corporations write down the value of big investments much faster than they really wear out.

Spending cuts have made up four-fifths of the 2.7 trillion dollars in federal deficit reduction deals struck over the past five years. Among those suffering as a result: kids excluded from preschool, seniors denied hot meals, families shut out of decent housing. Corporations have contributed nothing to reducing the national debt.

Sometimes it seems the less corporations pay in taxes the more they complain about the corporate tax rate. But that official 35 percent rate doesn’t really matter if almost no one is paying it. Offshore corporate tax dodgers pay only about 6 percent, most of it to other countries. Overall, American corporations paid an average of only 13 percent in taxes worldwide one recent year, the government determined.

That’s why the share of federal revenue coming from corporate taxation has plummeted from one-in-three dollars to one-in-10 over the past 60 years.

And Duke Energy is joined by two dozen other big companies — including Priceline.com, Verizon and Boeing — in paying absolutely nothing over half a decade, Citizens for Tax Justice reported.

Not only is my community damaged, but as a 10-year Army National Guard veteran, my sense of patriotism is offended by American corporations using foreign tax havens to dodge their responsibilities to the United States.

And what about corporations that are deserting America to dodge paying their fair share of taxes? Look at Pfizer, the big prescription drugmaker. It’s merging with a company in Ireland, a tax haven, to dodge taxes on 140 billion dollars in profits it has stashed offshore.

I call them Benedict Arnold companies. They succeed because of American consumers, our governments that buy their products, its workforce educated in our public schools, and our transportation systems. And in the case of Pfizer, the U.S. patent system protects its price-gouging monopoly. These corporations just don’t want to pay for these services.

Virginia’s Senator Mark Warner should use his position on the Senate Finance Committee to make it clear: Congress needs to support working families, not give more tax breaks to corporations. Corporate tax dodging is just as destructive as corporate polluting. We need to put an end to both.