Crunch time on the debt ceiling 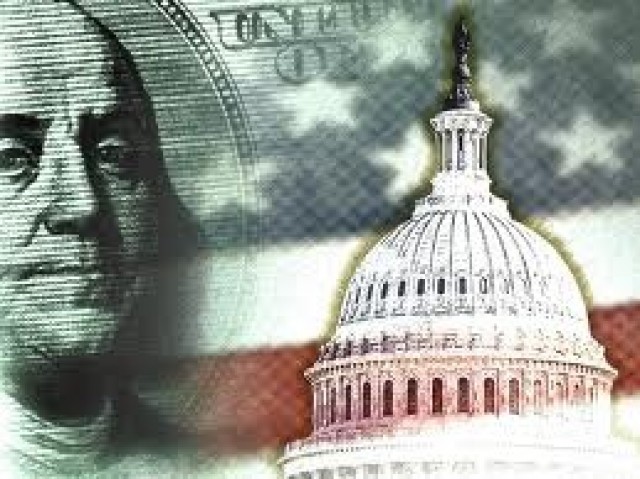 It’s crunch time in Washington to raise the debt ceiling. Even Wall Street executives say a failure to avoid a default crisis would have a "severe and long-lasting impact" and "could trigger another catastrophic financial crisis." But, as important as it is to raise the debt ceiling, some of our leaders in Washington are playing games. Last week Representative Eric Cantor walked away from budget talks with Vice President Biden because he refuses to even discuss raising taxes on the wealthy or closing corporate tax loopholes.

Many Republicans like Representative Cantor are demanding massive cuts that would hurt families but won't cut back on any wasteful tax breaks for millionaires or big corporations — they say they'll allow America to default on its debt if their demands are not met.

Senator Mark Warner is a key player in bi-partisan budget talks with Vice President Biden and a few other members of Congress. Unlike Representative Cantor, he has not taken his toys and gone home. Senator Warner has been deeply involved with budget talks for the last several months and will have considerable influence over potential cuts made in order to raise the debt ceiling.

Please join us in letting Senator Warner know that it is unacceptable to allow cuts to Medicaid, Medicare, education, food stamps and Social Security. Our retirement security and economic future should not be used as bargaining chips in order to raise the debt ceiling.

The budget cuts Republicans have proposed as a condition for raising the debt ceiling slash Medicaid alone by one-third. If enacted, the new budget would force thousands of seniors and people with disabilities out of nursing homes and put a huge burden on middle-class families and Virginia’s budget.

Thank him for his tireless work on a budget deal and ask him to oppose reckless cuts to Medicare, Medicaid, Social Security, education and low-income assistance. Tell him to oppose even more tax breaks for millionaires, oil companies, and big banks that dig us even deeper into debt– and do nothing to create good jobs for ordinary Americans. Call today, as an agreement  is expected by this Friday!

Defaulting on our debt would be catastrophic and so would the cuts proposed by Republicans in Congress. However, there is an alternative. Here are six key points to remember the next time you speak with someone who says cuts are the only way to reduce the deficit:

1.)   Experts agreespending cuts are not enoughto balance our budget, and most Americans say the best way to reduce the deficit is to raise taxes on millionaires and eliminate giveaways for oil companies— but Republicans won't even put that on the table.

2.)   The Bush tax cuts are the number one driver of our deficits, and making them permanent would nearly double our country's budget deficit—click hereto see what that means for Virginia.

3.)   Americans' top priority is putting the middle class back to work, and in cities across the country like Boise, Albuquerque, and Sacramento, 1 out of every 10 jobs has disappeared. But Washington Republicans' "jobs plan" is just a repackaging of the same failed policies– more tax giveaways for millionaires and corporations.

4.)   The best way to reduce the deficit is to put Americans back to work, and that should be our top priority. We've got a long way to go, but 15 straight months of private sector job growthunder the Obama administration is a start.

5.)   If we defaulted on our debt, half a million Americans would lose their jobs, and it would be extremely difficult to get loans for college or homes. This would perpetuate our economic troubles further.

6.)   Default would add billions to the deficitbecause other countries would charge more interest on our current debt and workers' retirement funds and pensions would take a nosedive, forcing many Americans to delay retirement for years.