Home » The Issues » Health Care » Day One of the Supreme Court Hearings: What’s at Stake

Day One of the Supreme Court Hearings: What’s at Stake 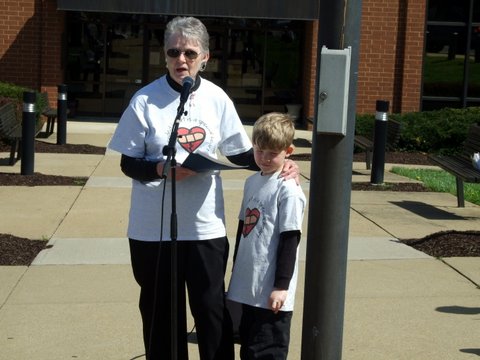 Today the United States Supreme Court began hearing arguments on the challenges to the Affordable Care Act (ACA) in what is being called one of the most important cases in the history of the court. Over the next three days the Supreme Court will hear an unprecedented six hours of arguments that could impact the future of health care in our country forever.

Over the next three days, we’ll keep you posted on what’s happening in Washington and what Virginians are doing to speak out in support of the ACA.

Today in Washington, the Supreme Court discussed the “anti-injunction act” which determines whether it’s the appropriate time to hear the case at all. Today’s arguments were based on the timing of the individual mandate (it does not go into effect until 2014) and the nature of the individual mandate (is it classified as a tax or penalty?) The Anti-Injunction Act, passed 150 years ago, prohibits someone from challenging the legality of a tax before someone has had to pay the tax. According to CBS News, “In active questioning over 90 minutes on Monday, no justice appeared to embrace the view that the case has been brought prematurely because a law bars tax disputes from being heard in the courts before the taxes have been paid.”

While the Supreme Court heard from attorneys from both sides, Virginia residents were speaking out in support of the Affordable Care Act (ACA). In Charlottesville, supporters of the ACA gathered in front of the U.S. Courthouse today to share their stories of how they have personally benefited from the law.

Breast cancer survivor and Medicare recipient Dell Erwin spoke in Charlottesville today on the need to protect the ACA for seniors. “The medications I take to keep me in remission cost over $600 per month. Like many seniors, I am in the dreaded Donut hole. One of the many reasons that I support the health care law is that in ten years, it will close that Donut Hole,” said Erwin. “In the meantime, many seniors who struggle to afford their prescriptions have already received a $250 check for a prescription drug rebate. This June, I will automatically receive 50 percent off my cancer medication.”

Dell is also thankful that the ACA has already ended the health insurance industry practice of discriminating against children with pre-existing conditions. Her seven year-old grandson Tucker had open-heart surgery and faced a lifetime of discrimination due to his pre-existing heart condition. “We are thankful beyond words for the health care law. Having a child or grandchild with a serious heart defect is scary enough without having to worry about whether he will have the care he needs.”

In celebration of last week’s two-year anniversary of the ACA, Virginia Organizing held celebratory events in Fredericksburg, Newport News, Harrisonburg, Staunton and Virginia Beach. College students from CNU, UMW, JMU, VCU and UVA spoke out against Attorney General Cuccinelli’s attempts to block the law, which has allowed 53,900 young Virginians to go back on their parents’ health insurance in the last year and a half.

Without the ACA, Arianne Waschler, a 23 year-old graduate student at VCU would have been kicked off her parents’ plan at age 22, a scary prospect for a young woman who battled anorexia as a teen. “Thanks to the new law, I have the piece of mind that I can stay on my parents’ plan while I search for a job and attend grad school,” said Waschler. “I have a history of health problems and need a comprehensive plan in order to stay healthy. Jobs with good insurance are hard to come by when you are just entering the work force. If the Supreme Court strikes the law down, they’ll turn back the clock and force me to risk my health by going without insurance.”

Arrianne’s and Dell’s story are not unique. There are millions of Americans who stand to lose their health care if the law is overturned or repealed. We know that the road to health reform has been bumpy and long—eighty years long, in fact!

But we won’t go back.

Repealing the law means we’ll be back at the mercy of the insurance companies, without any protections and without fair rules for their shameful business practices. It’s a return to denials, limits and caps on care, and for those with pre-existing conditions, a return to a total lack of options for health care.