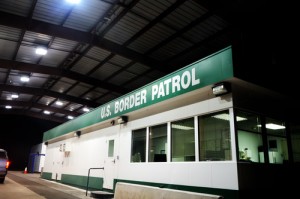 How important is immigration reform to the lives of real people? Read on to find out…

In 2009, Laura S., an undocumented domestic abuse victim was stopped for a driving infraction and pleaded three times with immigration officials to stay in the United States because of a violent ex-boyfriend associated with the Mexican drug cartel. Despite explaining that she would be at risk of death and that she had a protective order against the ex-boyfriend in Texas, Laura was forced to return to Mexico without ever seeing an immigration judge. She was found dead in a burning vehicle five days after she was sent back.

This month, Laura’s family filed a lawsuit, as Equal Voice first reported last week, against the four unknown border agents who allegedly “violated her procedural due process rights and failed and refused to consider her clear eligibility for relief from removal.”

The lawyer handling Laura’s case indicated that “she has seen government documents that say Laura ‘voluntarily returned’ to Mexico…Voluntary departure is not supposed to short cut rights or paperwork.” In fact, Laura “never willingly accepted any voluntary departure, and instead continued to plead that she not be sent to Mexico.”

Efficient, misleading, and under recent litigious scrutiny, voluntary departure is a contentious deportation scare tactic that ICE agents use to tell undocumented immigrants that they can either choose to face months imprisoned while waiting for their cases to be decided, or leave immediately for a chance to gain legal status once they are back in Mexico.

While the promise of legal status is technically true, there would be a ten-year ban for such immigrants who try to apply for the status. This has happened to enough immigrants that a class-action lawsuit was filed by the ACLU, which seeks to make border agents clarify the consequences of voluntary departure, including the ten-year return ban.

In normal immigration proceedings in which a judge would adjudicate the outcome of an immigrant’s status, Laura’s pleas would not have been ignored. The enforcement officials instead detained her, put her in a van, and forced her to cross the border in the middle of the night, according to the lawsuit.

Laura could have been under consideration for the U-visa, which grants temporary deportation reprieve to domestic violence victims. Only 10,000 U-visas are granted every year, of which a majority of the recipients are women from Latin America.

However even with the possibility of a U-visa, there are still more applicants than there are visas every year. Laura’s case thus highlights an extreme, but not rare, incident of how forced border crossings could kill domestic abuse victims.