Home » Uncategorized » Downie: The State of our Union’s Electoral Vote

Downie: The State of our Union’s Electoral Vote 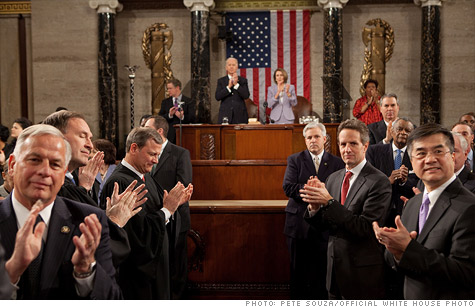 Tonight millions of Americans will tune in for the State of the Union address. It seems like an appropriate time to take a look at how we elected our Presidents. The Constitution says the president must be chosen through electoral vote, rather than by popular vote.  All states but Maine and Nebraska have a winner-take-all system; that is, all of a state's electoral votes go to the winner of that state’s popular vote. If no candidate has a majority of the electoral votes (currently 270 votes), the House of Representatives elects the President from the three candidates with the most electoral votes.

Our electoral system can be complicated and has produced several contested elections:

—     In 1800, The House of Representative chose Thomas Jefferson after 36 rounds of votes. (Photo: Jefferson and rival John Adams)

Does my vote for President count at all?

Yes, within your state your vote matters. In December after a presidential election, the electors of each state and Washington DC meet to vote for President and Vice President. Although it is possible that an elector could ignore the results of the popular votes in his or her state, this rarely happens. That means that your vote helps determine which candidate receives your state’s electoral votes.

Should we directly elect the President?

A lot of people think so. In fact, 62% of Americans favor direct election of the president. According to a recent Gallop poll, the vote in favor of direct election looks like this—Democrats: 71%, Independents:61%, Republicans: 53%. However, because the Electoral College is required in the Constitution, only a constitutional amendment can change or repeal it. That means 2/3 of the House must approve the plan, followed by 2/3 approval of the Senate, and 3/4 approval of the states.

This factsheet was written by Fredericksburg Virginia Organizing Leader Ginny Downie for her website: