Home » The Issues » Economic Justice » Ehrenthal: De-regulation is not a jobs plan

Ehrenthal: De-regulation is not a jobs plan 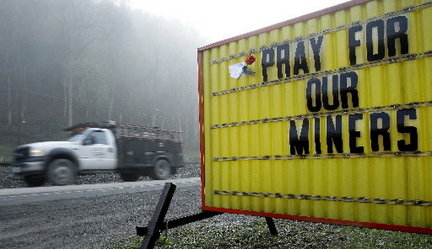 Last week House Majority Leader Eric Cantor released a jobs plan memo, which includes very little about actual job creation. The memo focuses on deregulation across the board and includes the destruction of the EPA and the NLRB and ends any regulations that have the nerve to tell big business that it must put the interests of the people before profit.

But as much as Cantor and other conservatives despise regulations, these rules represent laws that are passed through democratic means. Regulations are the processes and procedures that implement laws. Upon passage, most laws are sent to the appropriate agency for which the law is concerned and they then write rules and regulations. For example, if a law concerning the speed limit on national highways is passed, the Transportation Department would establish procedures for its implementation, i.e. appropriate signs and notification of local government.

While many conservatives use the “end of regulations” as a simple rallying cry, the reality is far more complicated.  For example, when I was young and had a fever or a headache, my mother would give me aspirin. I don't think that she had any idea about the biology of aspirin, nor of any expected side effects. We now know that for certain individuals aspirin is dangerous and could be deadly. Therefore, we now have regulations to both advertise the fact that aspirin can be dangerous for some individuals and to influence doctors to make better choices and have the manufacturers place warning labels on the packages.

Another example: In today’s Virginian-Pilot a headline “Generator in garage leads to hospital visit”. I am sure there is a warning label on that generator. We laugh when we see warning labels on ladders and instructions that define their use. But people do fall off ladders. So the federal government established regulation.  I could go on listing regulations that are as important or as unimportant as those.

But the real issue is that certain groups find working within the confines of governmental regulations inimical with their desire to run their businesses just they way they want to. Some rules are serious.

A coal mining company may decide to ignore the regulations and instead pay the fines imposed when they are caught. When miners are trapped in coalmines and miners die, we find out that these were serious and necessary regulations. After these kind of disasters there is a strong consensus among the population that regulations are important and should be enforced. Yet somehow members of Congress like Eric Cantor have a short memory, even when the coal mining company is headquartered in their own district.

If some of these anti-regulation folks had their way they'd abolish the Department of Education, the Department of Labor, the Department of Health and Welfare, and the Environmental Protection Agency, to name just a few. All of these departments operate through regulations. If we want clean air or clean water or healthful non-contaminated foods, we need regulations. Because there are people out there who follow the motto, it's not my problem, let the buyer beware!

Are there silly rules? Some might think so. Many might point to no-texting and driving rules. But consider for a moment those directly affected by those “silly” rules. They might not think that they are so silly. If you drive on a highway at the speed limit, you will see cars weave back and forth only to find the driver texting or talking on his phone. Watch then as the driver on the phone speeds up and cuts you off, causing an accident. Hopefully when the driver hits you, you will be abiding by another regulation once considered silly, by wearing your seatbelt.

The immediate health and safety benefits to regulations are evident. However, the business benefits are rarely acknowledged. If the American people were unable to trust that the products and services offered on the market were safe, how healthy would our economy be?  How many toys would the average family buy for their children if they could not be sure they did not contain lead? How much drywall would home improvement stores sell if they could not guarantee that, in the future, it would be safe?  How many more Toyota Camry’s would be on the road if the Highway Safety Administration did not ensure that their brakes would work?

De-regulation results in a lack of confidence in our products and services and creates economic instability, thus destroying jobs. De-regulation is not a jobs plan, unless you happen to work in the emergency room.