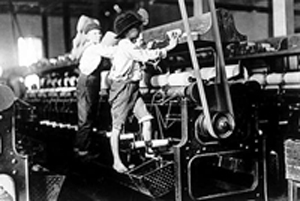 Today is the three-year anniversary of TARP, the $700 billion bank bailout passed at the height of the financial crisis in 2008. Even though no one actually liked TARP, including the Congress who voted for it, it is credited with saving our nation from financial collapse.  However, three years after the banks received their bailout, the American people never got theirs. Every day, it becomes clearer that we have not learned from the mistakes of Wall Street and the Big Banks that led to the crisis, especially as Financial Reform legislation continues to be gutted piece by piece.

Instead of calling for greater transparency and accountability on behalf of the financial institutions, we hear the Tea Party drumbeat of de-regulation and the sounds of teachers and unions being blamed for the financial crisis.

Instead of looking for scapegoats, we should remember our history and the reasons why we set up a government to help restrain the greed of the businesses who control our economy.  It was not too long ago that children as young as five were sent out to either work, or just sent away because their parents could not afford to keep them. Many were sent to orphanages or just out into the streets to fend for themselves.  It was this abuse of children that led to the passage of laws that mandated age limits for work and compulsory school attendance laws.

Are these like the kind of regulations that Tea Partiers want to eliminate? Are “job creators” missing out on part of the work force that could help their bottom line? These rules and regulations were not superfluous. Neither were the regulations and worker protections that came out of Triangle Shirtwaist fire. They were hard fought victories and were responses to horrendous conditions.

Remember, Ida Tarbell, Upton Sinclair, Ray Standard Baker, Lincoln Steffins, and others who called our attention to serious problems in our society and nation that needed Federal Governmental intervention.  Labor leaders like Samuel Gompers, Eugene Debs, John L. Lewis, who defended the rights of workers to safe jobs and living wages. We seem to forget, that in the 19th century when the United States entered it’s Industrial Revolution the coal industry, steel industry and railroads were developed on the back of millions of workers.

Also remember that the railroads were built by imported Chinese laborers, many who were deported after we were finished with them.

I find it ironic that individuals today, want to forget what their forefathers did to make this country great.  Remember the many thousands who died between 1861 and 1865 to make this one nation and to end the scourge of slavery. We also forget just how important the social safety in cushioning the blows of our boom and bust economy. And most jarringly, we forget just how greedy some companies have acted in the past. The fact that many companies can make their product cheaper in a third world country means a tremendous loss of Americans jobs. And as long as the government gives them tax credits to send our jobs overseas—the practice will continue.

Everyone seems to forget that this country is not the creation of wealth.  This country allows for the creation of wealth through the various regulations and laws that protect property and life, and those are not the sole ownership of anyone.  L’est we forget that empowering a democratic government to regulate business within reason, is the only way for wealth to not steamroll the other 98 percent of us.