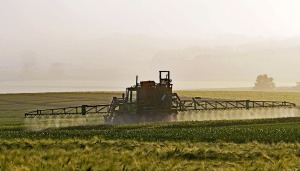 RICHMOND, Va. – Despite more than 300 complaints that local environmental regulations have been discriminatory toward minority communities, the Environmental Protection Agency has never made a formal finding of a civil-rights violation.

According to The Center for Public Integrity, none of the five complaints from Virginia since 1996 has been investigated.

Sarah Tory, a correspondent who has reported on this issue for High Country News, says there’s a disconnect between the EPA’s Office for Civil Rights and its regulatory arm.

“It seems to be the case that the EPA is chiefly concerned with making sure industries, power plants, et cetera, are complying with the laws,” she says. “And if they are, the EPA is reticent to then turn around and say, ‘Actually, while you may be in compliance with our regulations, you’re violating the Civil Rights Act.'”

The Center for Public Integrity also found that it takes the agency 350 days on average to decide whether to investigate a case.

The agency made its first-ever preliminary finding of discrimination in 2011.

Tory says seven parents had filed a complaint in California, saying the pesticide methyl bromide was being used more heavily near a high school with a high Latino population.

But it took 12 years for the agency to install a monitor to measure methyl bromide near the school and by then, Tory says, another pesticide was in wider use.

“During the time the EPA took to investigate the impacts of methyl bromide, the pesticide had been phased out, and it had been replaced by a new pesticide called methyl iodide,” she says. “Methyl iodide is also linked to numerous health problems, and the EPA knew this but didn’t account for it in its investigation.”

The EPA has released an action plan called EJ 2020, which outlines plans to better respond to allegation of environmental discrimination in the future.

The public can comment on the plan through July 7.