Home » The Issues » Health Care » Extremism in tha’ House: What the Ryan Budget Will Mean for Health Care in VA

Extremism in tha’ House: What the Ryan Budget Will Mean for Health Care in VA 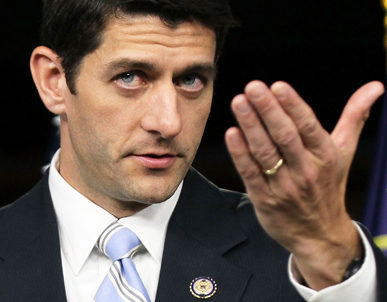 The House Budget Proposal released earlier this week has plenty of bad news to go around—especially for our seniors, children, people with disabilities and the millions of uninsured and underinsured Americans who stand to benefit from the Affordable Care Act. One thing is clear Paul Ryan's Budget Resolution would have devastating consequences.   Here’s a quick overview of the drastic changes and devastating cuts to Medicare, Medicaid and the Affordable Care Act that this budget would make a reality.This proposal would:

Here in Virginia, we would lose $508 million in tax credits for working families to help make coverage affordable—just in 2014 alone. We would lose over $10 billion in federal funding to expand our Medicaid program between 2012 and 2021, and we will see over 692,000 more Virginians uninsured by 2021 as a result of this budget. This budget proposal is a blatant attack on the Affordable Care Act and our most vulnerable citizens!

Our partners at Families USA have released a special report (“House Republicans Propose to Slash Funding For Medicaid, Medicare, and Other Health Coverage Programs”) detailing how much federal funding Virginia would lose for Medicaid, Medicare and the new tax credits to make coverage affordable put in place by the new health care law. It also shows how many more people will be forced into the ranks of the uninsured in our state if this proposal moves forward.