Home » Chapters » Norfolk » From the Mountains to the Sea: McAuliffe is Hurting People with His Energy Policies

From the Mountains to the Sea: McAuliffe is Hurting People with His Energy Policies

By Carolyn Caywood and Carolyn Reilly 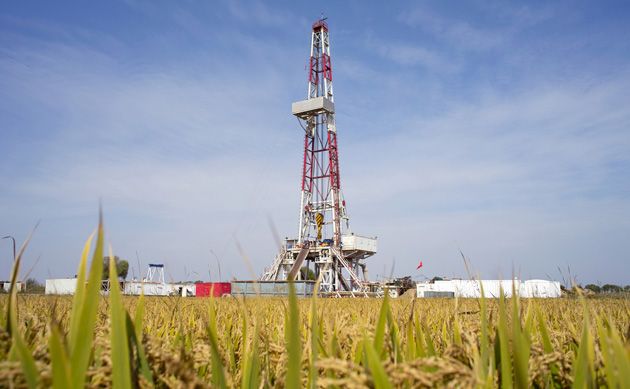 Published by the Richmond Times-Dispatch

If Gov. Terry McAuliffe lived in Virginia Beach or owned a farm in the fragile mountains of central Virginia, maybe he wouldn’t cheer so loudly for dangerous fossil fuel projects in our state. We do live along the coastline (Caywood) and in the Virginia mountains (Reilly). And we’re strongly opposed to offshore drilling for oil in Virginia and to massive new pipelines for fracked gas built across our mountains.

We live in harm’s way but the governor can’t seem to hear the voices of average citizens like us. In 2013, he ran as a clean-energy candidate. But he’s turned out to be surprisingly bad on climate change and clean power issues. Indeed, a coalition of clean-energy advocacy groups last month gave McAuliffe an alarming D+ grade in a report card on energy issues.

Thankfully, on March 14, after listening to local residents like us and to the Pentagon, the U.S. Department of the Interior rejected any oil drilling off our coastline for at least the next five years. But the next day the governor issued a press release indicating he still wanted to explore drilling, which would potentially involve dozens of oil rigs 50 miles off the coast. Those rigs, say military officials, could interfere with naval and Air Force operations. And if those rigs cause a spill like the 2010 Gulf of Mexico oil disaster, tourism and other business leaders say it could cost a similar multibillion-dollar loss to the region. And for what? There’s maybe six months’ worth of U.S. oil supply off our coast.

Then there’s the issue of gas from hydraulic fracturing, or “fracking.” The governor is cheerleader-in-chief for the now-notorious Atlantic Coast Pipeline (courtesy of Dominion Resources) and the Mountain Valley Pipeline (courtesy of NextEra, EQT Midstream, et al.). These proposed pipelines would require seizing an 861-mile strip of public and private Virginia land to bring fracked gas from West Virginia into the commonwealth and into North Carolina. The MVP would plow right through Carolyn Reilly’s 58-acre farm in Franklin County and harm hundreds of other landowners with erosion, damage to waterways and the clear-cutting of trees along valley floors and atop fragile forested ridges.

And for what? Even modest gains in energy efficiency and investments in wind and solar power would make the Atlantic Coast Pipeline — and others like it — unnecessary. But Dominion can charge ratepayers for the pipeline construction costs, so it prefers the handsome profit.

Climate change, of course, is an urgent concern. Sea-level rise from fossil fuel use is a huge threat to coastal Virginia and climate change threatens farms and forests statewide. Offshore drilling for oil could trigger pollution equal to adding 24 million cars to America’s roads. And, according to a study by a former Department of Energy scientist and Virginian, Dr. Richard Ball, the fracked-gas pipelines McAuliffe supports would trigger a huge new pulse of “leaked” methane from drilling and piping, as well as carbon dioxide from combustion. Together, this makes fracked gas nearly as bad as coal for the atmosphere.

So here are three things the governor should do:

Second, reconsider support for major fracked gas pipelines proposed all across Virginia. If he listens to the stories of harmed residents like Reilly’s family and he calculates the climate impacts, he will reject these pipelines. The permitting process is not solely in the federal realm, as many think. The governor can withhold state-issued permits under the Clean Water Act based on the threat to drinking water from these pipelines as they cross and endanger more than 500 streams, rivers and wetlands. He can also call for a federal Programmatic Environmental Impact Statement to more closely evaluate the cumulative harms of gas pipelines.

Finally, the governor should use the new federal Clean Power Plan (CPP) to actually decrease carbon pollution from electricity plants in the state. McAuliffe says he wants to be remembered as a climate change fighter. Really? Hard to tell so far. But under the 2015 CPP federal regulation, which is likely to survive court challenge, McAuliffe has legal authority to create an “implementation plan” that lowers greenhouse gases from power plants.

Two and a half years ago, few Virginia voters could have predicted McAuliffe would be so poor on pollution and clean energy issues. But there’s still time. He can still create a legacy of permanently protecting us from drilling offshore, pipelines in our backyard and climate disruption everywhere.

We deserve it. Our future demands it.

Carolyn Caywood lives along a tidal creek in Virginia Beach and is a local environmental activist; contact her at kwoodlibrarian@gmail.com.

Carolyn Reilly is a farmer in Rocky Mount, Va., and a community organizer with the Blue Ridge Environmental Defense League; contact her at carolynreilly3@gmail.com.