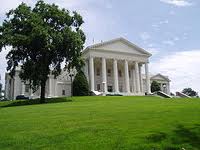 For audio, please click here to see this story at Public News Service

RICHMOND, Va. – After passing an ethics bill that drew criticism and amendments from the governor, the Virginia General Assembly has added lawmaker gift limits to legislation that is earning guarded praise.

Embarrassed by the corruption trial of former Gov. Bob McDonnell, the assembly passed ethics legislation, but the initial bill was criticized by state newspapers and good-government groups as too weak.

Ben Greenberg, the legislative coordinator for the citizen group Virginia Organizing, says current Gov. Terry McAuliffe made more than 50 amendments to strengthen the bill. He says most of these weren’t accepted, but a few were.

“Not the least of which was the limit on gifts, a $100 annual cap that will, I think, make a significant difference,” Greenberg states

McDonnell was convicted of accepting gifts in return for using his office to help a businessman who sold dietary supplements. McAuliffe is likely to sign the amended bill.

Some General Assembly leaders have criticized the process as media driven, saying it would not have happened if not for news coverage.

Greenberg says another way to put that is to say public pressure forced the assembly to do the right thing. And he says while the amended version is far from perfect, it’s likely the issues will be addressed again.

“This is not legislation that’s been passed and will be static and never changing,” he points out. “These are the kinds of things that will be considered again, I’m sure, in future years.”

Greenberg adds one issue the bill should have dealt with is Virginia campaign finance system. He says there are no limits in state law to the size of donations, and he says that leads to donors having undue influence.

Another issue the legislation doesn’t address is public access to the legislative process. According to Transparency Virginia, three quarters of bills that died in House committees in 2015 died on a voice vote – meaning there is no record of how individual lawmakers voted.

And Greenberg says there are other ways the assembly is becoming closed off to the public – such as when, at a meeting he attended, the chairman cut off someone who wanted to comment on a bill.

“He stated in this meeting, ‘If I let you speak, I’m going to have to let everyone speak,’” Greenberg relates. “And the chairman had the subcommittee consider the bill hearing no testimony whatsoever.”