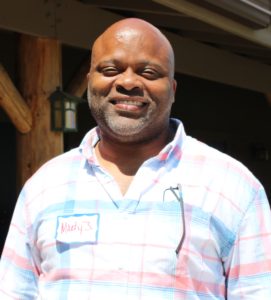 Published by The Roanoke Times.

As we approach the July 4th holiday, the U. S. Senate is about to vote on an important piece of legislation that affects tens of millions of Americans’ lives every day. The Senate plans to bring the farm bill to the floor before the Congressional recess coming up next week. That bill includes SNAP (Supplemental Nutrition Assistance Program) — the nation’s biggest anti-hunger program that provides food assistance to more than 40 million Americans including 776,000 in Virginia.

The Senate bill provides a welcome contrast to the House version that passed last week. The House farm bill would cut food stamps for 2 million people. It would also create new costs and red tape for states while limiting their flexibility. And the bill would increase harsh requirements against single parents, people over 50, and returning citizens — people who were formerly incarcerated. In terms of the latter, the House bill creates a lifetime ban on SNAP for any returning citizens who committed a single violent crime, no matter how long ago or whether the sentence has been fully served.

The Senate’s more moderate, bipartisan legislation protects benefits, increases efficiency and so far does not include amendments that would condemn certain groups of people to hunger. A lifetime ban on food stamps for returning citizens — who already face huge barriers in employment, housing and healthcare as they return to communities and try to rebuild their lives — undermines rehabilitation and is contrary to the bipartisan spirit of SNAP.

I know from personal experience how hard it is to get back on your feet after spending time in prison. When I returned to Danville, it was hard to find work. Thanks to my family and my community, I made it through. The last thing returning citizens need is more punishment once they’re released and that’s all the House bill does — punish people for no good reason.

The Holding Amendment in the House bill also impacts the families of formerly incarcerated people by potentially lowering their eligibility for SNAP assistance. Although the returning citizen can no longer get SNAP, their income is still counted toward the household income in determining benefits, potentially taking benefits from the rest of the family including their children.

People who have been incarcerated, served their time, and met the terms of their punishment should be treated fairly, not condemned for rest of their lives for a crime they already paid for. As we contemplate freedom and independence this July 4th, we should all take a moment to contact our Senators and urge them to reject these kinds of attacks on people who are struggling to make the most of a second chance and get on their feet.

Whether it’s returning citizens, single parents, people older than 50, or people with disabilities, lawmakers should avoid adding measures to the Senate bill that target, exclude or punish some people by taking away food because of their background, the number of hours or kind of job they have or the age of their children.

Instead, they should hold firm to the original purpose of SNAP — to provide basic support to people who need it at critical moments to get back on their feet and take care of their families.