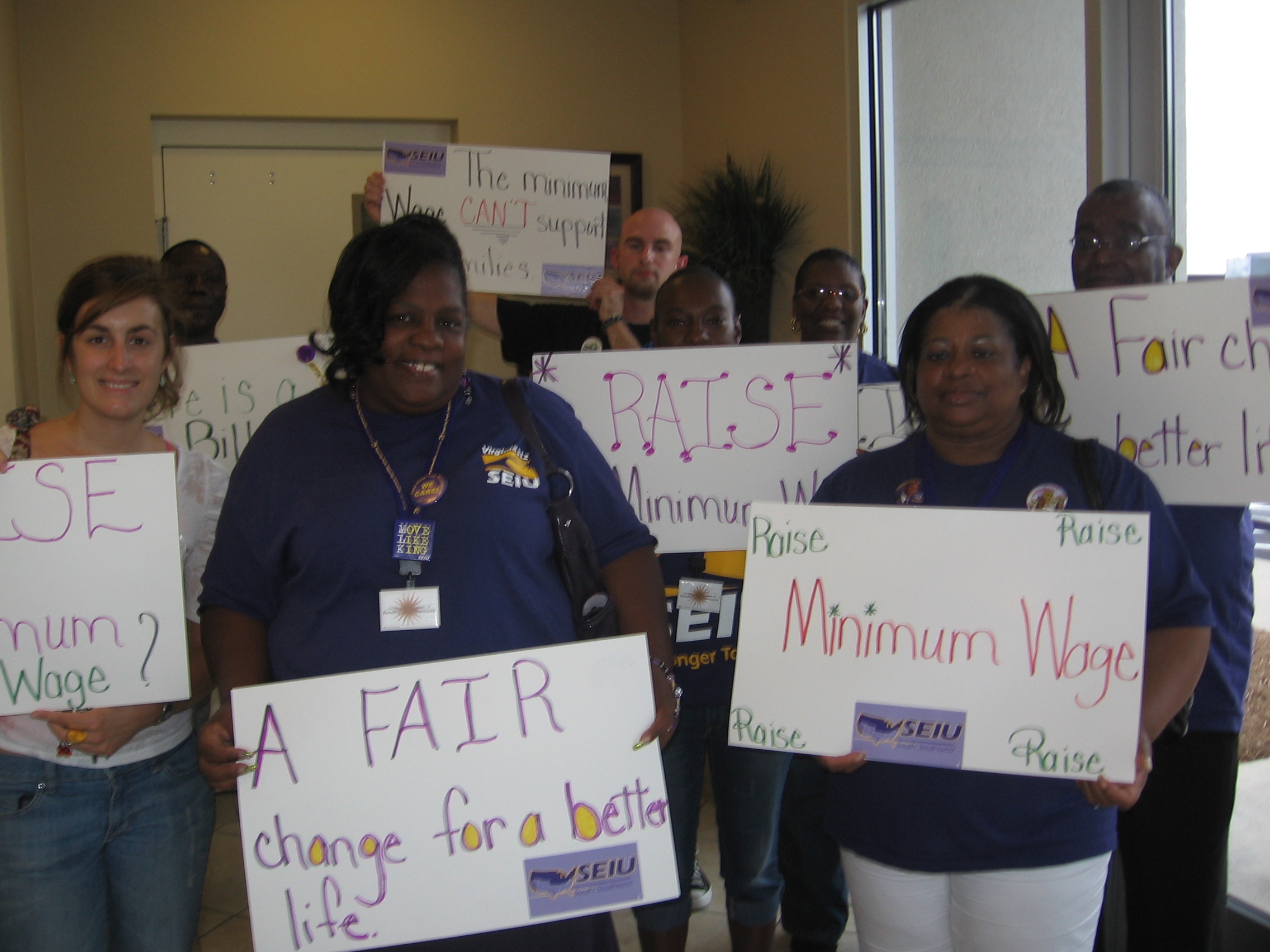 The U.S. Women’s Chamber of Commerce supported the last increase in the federal minimum wage in July 2009 and we believe another raise is overdue. The business owners I talk with every day say that, far from hurting their businesses, raising the minimum wage in fact helps small businesses and the broader economy.

The number one problem for our member businesses is weak customer demand. Too many people forget that workers are also consumers. Consumer spending drives 70 percent of our economy, and we must repower consumer spending – backed by adequate wages rather than unaffordable debt – if we are going to repower our economy, create jobs and rebuild our middle class.

The U.S. Women’s Chamber of Commerce has over 500,000 members across the nation. Women are more likely to own businesses in the services sector – such as in retail, healthcare, education and personal services. Raising the minimum wage reinforces their business strategies.

Many of the women business owners who belong to the U.S. Women’s Chamber left the workforce to start their own businesses because they felt they were not being fairly paid. The migration of women from the workforce into business ownership has been one of the great economic achievements of the American dream. Women now own over 30 percent of American firms and are using their decision-making authority to effect positive changes in the workplace.

Women business owners understand and value security for families. And they know that when businesses invest in their workforces with decent compensation, they enjoy the benefits of a dedicated workforce with less turnover, higher productivity and better customer service.

Our members know that the typical low-wage worker is an adult woman. Think of your waitress at Applebee’s or the cashier who rings you up at Walmart or the health aide who helps your mother or grandfather.

Our members know that the federal minimum wage of $7.25 an hour – just $15,080 for full-time, year-round work – is too low. They know that keeping the minimum wage low, keeps women and families down.

I’m tired of hearing from well-paid business lobbyists who would keep minimum wage at the poverty wage of $7.25 as long as they can get away with it. They often hide behind false claims about minimum wage and unemployment. In fact, the most comprehensive and rigorous studies of the impact of actual minimum wage increases show they do not cause job loss. See the studies published in the Review of Economics and Statistics and the journal Industrial Relations, for example.

In our experience, workers who are paid poverty wages work overwhelmingly for the big chains, not for Main Street businesses. In fact, the big chains count on responsible employers and taxpayers to subsidize them by providing food stamps and public health assistance to their workers who can’t make ends meet on poverty wages.

The reality is that my members and other Main Street businesses have a lot in common with low-wage workers: both are being squeezed by the national chains. Raising the minimum wage to a more realistic amount helps level the playing field for businesses that believe in treating their workers fairly and investing in the communities they are rooted in.

Sen. Tom Harkin and Rep. George Miller have proposed increasing the minimum wage in three gradual steps to $9.80 by 2014. If that sounds like a lot think about this: if the minimum wage had kept up with inflation since its highest level in 1968 it would be $10.55 today.

Let’s raise the minimum wage and move our economy forward instead of backward.

Margot Dorfman is CEO of the U.S. Women’s Chamber of Commerce.