Most of those without Medicaid are the working poor 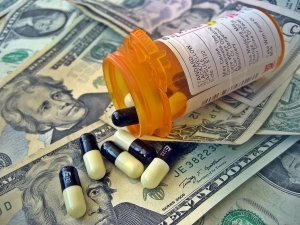 They toil in America’s fast-food restaurants, call centers and retail stores — yet as many as five million Americans remain not only poor but also uninsured, despite an array of state and federal policies specifically intended to help them get health care.

These people are caught in a health care netherworld. Their employers classify them as part-time workers or independent contractors, therefore avoiding any obligation to provide health care. Their state governments have not expanded Medicaid to include low-wage earners. And government mandates set a standard for “affordable” coverage that is not affordable at all for these families.

A months-long USA TODAY examination of how the Affordable Care Act impacts the working poor — especially in the 20 states that haven’t expanded Medicaid — found:

• Surveys show up to 20% of businesses have cut or plan to cut workers’ hours to avoid paying for health benefits. Employees often say their hours are clearly kept right below the 30 hours needed for them to qualify for health insurance. The companies can cite downsizing or restructuring as the explanation that prevents the cuts from being a violation of labor laws.

• Large corporations with a lot of minimum-wage workers, including fast food restaurants, often leave insurance decisions up to franchisees, who only have to offer insurance if they have 100 employees (a number that is dropping to 50 as of Jan.1). That means the lowest-paid employees do not receive the generous benefits given to workers in the corporate offices.

• Many employers offer coverage that’s affordable only by the letter of the law — which says the monthly contribution for individual coverage can’t be more than 9.5% of annual household income — but in reality is too expensive for people earning near-poverty wages.

In 2012, the Supreme Court ruled that states could decide if they wanted to offer Medicaid to those below the income level where they could buy subsidized insurance on the exchanges. Twenty states, mostly led by Republican governors, have declined to expand Medicaid, typically because they object to the expansion of another government program.

The result is that millions of Americans have fallen through the cracks without insurance from their employers, the money to buy it themselves or the safety net from Medicaid.

Among the still-uninsured is Tremaine Sims of Houston, a part-time janitor who cleans stadiums and arenas through the night and supports his mother, Demetria, a former fast food worker who was turned down for disability coverage despite two strokes. He seldom has enough money to buy food, let alone her medicine and adult diapers. So he must spend hours busing across the city to get free diapers or free food.

Read the rest of the story by clicking here…