Name calling and callousness from Americans for Limited Government 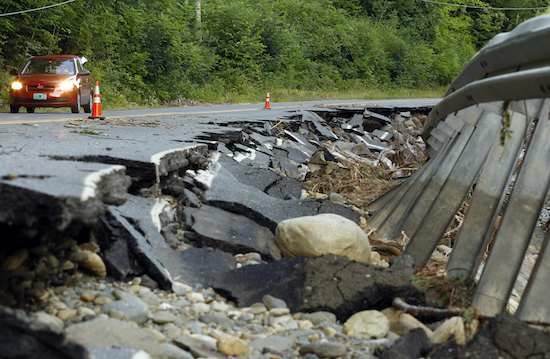 This is the name calling that the right-wing group Americans for Limited Government resorts to when they try to defend the indefensible.

On Wednesday, over 200 Virginia Organizing members and community members gathered outside of Rep. Eric Cantor’s so-called “town hall” in Richmond to make our voices heard on the need for jobs and Hurricane Irene disaster funding with no strings attached.

Check out some of the media coverage here, here and here.

We ended up rallying across the street, while Rep. Cantor noted to the audience inside that he was happy that the protesters were kept out. Rep. Cantor wasn’t listening, but apparently the billionaire-backed group Americans for Limited Government was!

Yesterday, they sent out a press release attacking Virginia Organizing and calling on Congress to enact $2 in spending cuts for every $1 spent on disaster relief. While thousands of Virginians are still without power and have not had a hot shower in six days, Americans for Limited Government joined Rep. Cantor in heartlessly withholding disaster relief funding.  Here are the “kind” words they had for Virginia Organizing and the millions of Virginians affected by Irene:

“Majority Leader Cantor is to be thanked for being the responsible adult in the room for suggesting that every dollar of disaster relief should be offset by a dollar of real spending cuts.  Radical leftists like Virginia Organizing are charlatans who believe you can have everything all the time with no consequence.”

We are not surprised by these kind of attacks and they will not deter us. We will continue calling on our leaders in Washington to fight for good jobs and to protect vital functions of government like weather warning systems and disaster relief funding.