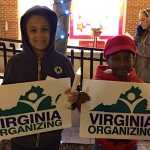 Originally posted on the Public News Service on February 25, 2015.

RICHMOND, Va. – The measuring tool for poverty has been recalibrated, and the new calculation tells a success story for Virginia.

A report released today by the Annie E. Casey Foundation uses a U.S. Census Bureau calculator that factors in state and federal assistance programs, something the official federal poverty measure doesn’t do.

In Virginia, those programs meant 200,000 fewer children were in poverty between 2011 and 2013. Laura Speer, associate director for policy reform and advocacy at the Casey Foundation, welcomes the new data.

“We know this is a really important measure and so, we need to get better, being able to track how many kids are living, really, in economic deprivation in our country,” Speer says.

Another note about the official federal poverty measure, it was created nearly 50 years ago. The report calls for further development of the Census Bureau tool to reflect county-level data.

Speer adds, the numbers can be fragile, as program funding is cut or access is limited.

“Using the Supplemental Poverty Measure, we can really see the successes and the limitations of the safety-net resources that we’ve put into place,” she says. “We can also see that these resources don’t go far enough.”

The report estimates that child poverty costs the country $500 billion a year in lost productivity and earnings, including costs related to health and crime.