Nurses Make a Difference for Health and Environment 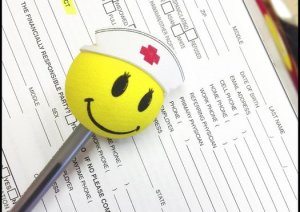 A new report says nurses can be on the front line of fighting the effects of climate change. (MGDBoston/Morguefile)

Listen to the audio version of this news story originally published at Public News Service.

RICHMOND, Va. – Nurses can make a difference in the fight against climate change, according to one of the main points made in a report released this week by the Alliance of Nurses for Healthy Environments.

The researchers found that climate change affects people’s health both directly and indirectly, from a higher incidence of heat-related illnesses to the effects of worsening air quality and flooding.

Katie Huffling, director of the alliance and a co-author of the report, said nurses prefer to prevent disease rather than treat it, so it makes sense to fight to slow climate change.

“We lay out some ways that nurses can start taking actions,” she said, “whether it’s working with their hospitals on energy efficiency and sustainable energy to things like talking to policymakers about why this issue is so important to the health of their constituents.”

Critics of regulations that aim to slow climate change have said they also would slow economic growth by raising the cost of energy.

Laura Anderko, a professor at the Georgetown University School of Nursing and Health Studies, said they’re already seeing the health impacts of climate change in hospitals and doctors’ offices. She said she’s particularly concerned about what she’s seeing in the local schools.

“Here in the D.C. area and in Virginia, where it’s hot and humid in the summers – and that there’s poor air quality, particularly in Northern Virginia – huge, significant increases in asthma, allergies, myocardial infarctions or heart attacks, as a result,” she said.

Anderko said the fossil-fuel industries have created a fog of doubt about climate change, but people shouldn’t be fooled.

“If 97 percent of physicians or nurses told you that your child’s illness was due to a certain cause,” she said, “would you believe them – or the 3 percent that had doubts?”

The report also urged nurses to reduce their own carbon footprint, help their communities prepare for climate change-related emergencies and campaign to include education about climate change and its health effects in the university curricula for nursing degrees.

The report is online at envirn.org.