On Car Title Lending, Virginia is not acting very neighborly. 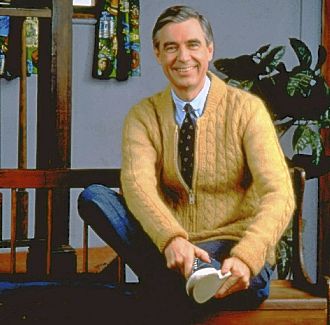 Originally Posted on March 29, 2011 by Take Me Home Virginia

This is a guest post by Connellee Armentrout. Connellee is originally from Roanoke, Virginia and is a second year law student at the University of Richmond.

Predatory lending is related to housing in many ways. Predatory lending traps people in debt and lenders often target low-income and minority communities. In the Great Recession these predatory lenders have worsened already suffering communities. Also, Housing Counselors across Virginia have seen that in desperate times people fall into these debt traps and end up losing their homes. If these predatory loan products were better regulated, most of these families and neighborhoods could have been saved from a foreclosure.

In the run-up to the bill’s passage, neighboring states’ officials expressed concern, especially in Maryland and D.C., that this expansion of title lending would spread the menace of predatory lending into their states. In fact, the D.C. Attorney General has already sued two Virginia-based car title lenders and required termination of loans to D.C. residents and refunds. However, despite their strong opposition, it seems their pleas went unheard.

Our neighbors are not alone in their opposition to expanding Virginia car tile lending practices. A letter, signed by 30 organizations, interest groups, and consumer watchdogs was sent to Gov. McDonnell before he signed the bill to plea, one last time, that he reconsider and veto SB 1367. As the letter points out, car title loans are authorized in only 14 states because most states acknowledge the well-known dangers to borrowers, especially to low income individuals, and protect their citizens from the predatory practices.

Generally, car title lenders target desperate borrowers and then charge huge interest rates, locking individuals into a perpetual system of repayment. Often, the borrower cannot keep up with the staggering 300% – 400% annual interest rates, so his car is seized despite having paid back an amount equal to the principle on the loan several times over.

In Virginia, maximum interest rates are set by statute, but, because of a particularly strong car title lending lobby, the statutory scheme institutes a confusing stepped system of rates that not only allows interest to be calculated monthly, obfuscating the actual annual rate paid,  but also levies different rates on different portions of the same loan.

Unfortunately, the lending lobby’s strength makes it hard to roll back the tide in Virginia. As the Washington Post reported, the car title lobby has donated more than $1.05 million to Virginia politicians since 2004. Who is the single largest recipient of this money? That would be the patron of SB 1367, Virginia Senate Majority Leader and State Senator Richard Saslaw (D-Springfield).

At least for now, Virginia is not acting very neighborly.