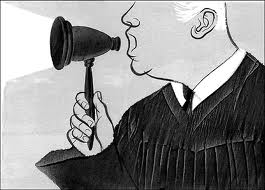 Federal Judge Roger Vinson of Florida ruled today that the "mandate" provision of the Patient Protection and Affordable Care Act (ACA) violates the Commerce Clause of the U.S. Constitution.  However, in a radical departure from the opinion of Virginia Judge Henry Hudson who ruled last month, the Florida decision also ruled that the entire ACA was void because of the finding on the personal responsibility provision. Two other federal courts previously ruled the law and its mandate were permissible. Now the stage is set for an appeal to the U.S. Supreme Court.

“This ruling seeks to return us to an inequitable status quo that leaves consumers out in the cold, tens of millions without coverage, and all of us stripped of the critical protections against the worst insurance abuses.  The law is a lifeline that is already saving lives, relieving needless suffering, and protecting consumers in communities across the nation. An increasing majority of Americans recognize its importance to their interests, and oppose efforts to move backwards and overturn or repeal it,” said Jim Lindsay of the Virginia Organizing Health Care Reform Committee. “ The elected officials pursuing this lawsuit should recognize that it is contrary to their constituents’ interests and refocus their resources on protecting consumers rather than undermining them.”

“This is another example of unelected judges running roughshod over the decisions of our elected representatives.  Health care is the largest sector of our economy and it is in deep trouble.  Congress carefully crafted an approach to the problems that plague our health care system—one that leaves in place our private health care financing system while reforming it so that Americans can purchase insurance coverage, regardless of their health problems.  Judge Vinson has thrown out that solution, refusing to pay Congress the deference it is due.  This is judicial activism at its worst,” said Professor Tim Jost, Robert Willett Family Professor of Law at the Washington and Lee University Law School and Virginia Organizing Health Care Reform Committee member.

“Congress clearly has the authority to regulate the health insurance market, including protecting consumers from insurance industry abuses and reducing costs for families, seniors and businesses. The best way to protect consumers and control costs is to make sure everyone has health insurance and that there will be no more free riders, and that’s what the Affordable Care Act does,” saidKaren Kallay of the Virginia Organizing Health Care Reform Committee.