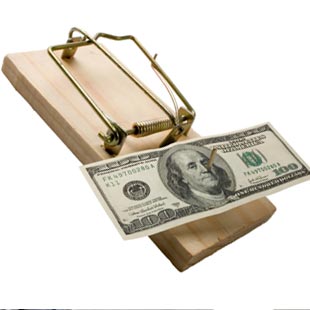 You can read a big picture overview of what the bill accomplishes in this previous post, find more details about the great new mortgage reforms here, and read info about the unfortunate and unfair car dealer exemption here.

Next up:  payday loans.  These are nasty, short-term loans designed to trap borrowers in a long-term cycle of debt.  They have traditionally been regulated at the state level.  Fifteen states plus DC currently outlaw them, but other states haven’t taken enough action to protect their citizens from these usurious debt traps.

Now, the CFPB will have jurisdiction over payday lenders – hooray!  Payday lenders are “nonbank” lenders, so the CFPB will be able to write and enforce regulations over all of them, no matter what size.  It will be the first federal regulator able to tackle these ultra-predatory lenders.  Many consumer groups, such as Consumer Union and the National Consumer Law Center (pdf), are calling upon the Bureau to make regulating payday lending a top priority.

While the CFPB won’t be able to impose usury caps, it will be able to ban certain forms of collateral – like a paycheck or access to bank account.  Such a ban would effectively end payday lending.  A ban on a car title as collateral could similarly end car title lending, another highly abusive type of loan.

The bad news on the payday lending front is that small payday lenders will have special access to the rule-writing process at the CFPB.  Before proposed rules are made public, they will be able to read and possibly influence them, which can delay the process for months and potentially weaken the rules.  It will be up to the regulators to resist pressure from payday lenders, even though they are given this special access.  This is just one more reason why it is crucial that the Bureau have a strong director, committed to real consumer protection:  it’s one more reason that President Obama should nominate Elizabeth Warren for this position.

Payday lenders’ special access came about as a result of the Snowe-Pryor amendment to the Senate bill, which you can read more about here.