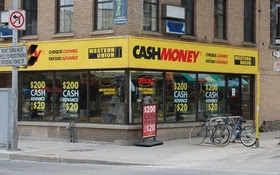 RICHMOND, Va. — New national limits proposed for payday and car-title lending are winning praise from lower-income Virginians and their advocates.

The Consumer Financial Protection Bureau has issued the new rules after years of discussion. One rule would require many lenders to make sure borrowers can pay the loan back before making it.

Del McWhorter, who chairs Virginia Organizing, said loans with interest rates as high as 600 percent are designed to keep borrowers paying for years on what initially were small loan amounts. She said many payday lenders take their fees and interest payments off the top.

“Those are loan-shark rates,” she said. “Right now, they can simply take the money, regardless of whether that leaves the borrower anything to pay rent or buy medicine or food.”

The industry insists it is serving people who would not otherwise have access to credit. The CFPB now is taking public comment on the regulations. According to Virginia Organizing, the average payday or car-title loan is less than $400 and goes to a borrower who makes less than $30,000 a year.

The group said many borrowers are unable to pay off the initial debt and have to roll it over into another loan, which can end up costing thousands of dollars over time. Debra Grant of Virginia Beach, a board member of Virginia Organizing, said she and members of her family have been stuck in that situation.

“It was good in the beginning,” she said, “but then we got trapped into that cycle, so we had to do what we had to do.”

A big part of the problem is that some borrowers don’t have access to conventional bank loans. Grant said the one bank she could get to easily turned her down — and, in her neighborhood, she doesn’t have grocery stores that have branch banks or ATMs. However, there are plenty of high-interest lenders.

“Probably about half a mile, we can count at least six to seven payday loans, car title loans, pawn shops,” she said, “and there’s not a viable grocery store that you can go to.”

More information is online at virginia-organizing.org. The proposed CFPB rules are online at files.consumerfinance.gov, and an analysis of them is at stopthedebttrap.org.