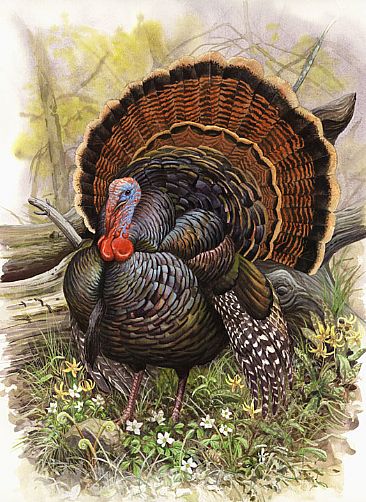 Award recognizes his use of budget gimmicks, cuts to education, public safety and social service programs, and refusal to take a balanced approach to Virginia’s budget deficit

Today representatives from ProgressVA announced Governor Robert F. McDonnell is the recipient of the 2011 Turkey-of-the-Year award in recognition of his use of gimmicks to mislead and confuse Virginians about the Commonwealth’s fiscal condition, his cuts to education, public safety and social service programs, and his refusal to take a balanced approach to Virginia’s budget deficit. ProgressVA delivered a frozen turkey to the Governor’s office to commemorate this honor.

Anna Scholl, Executive Director of ProgressVA, said “Virginians across the Commonwealth are bearing the brunt of Governor McDonnell’s fiscal policies. While middle class families pay taxes on their income and purchases, approximately 64% of Virginia corporations pay no corporate income taxes. Governor McDonnell hasn’t asked his corporate donors to pay their fair share, instead punishing middle class families by cutting millions from education and public safety programs. That’s a turkey if I ever saw one.”

In addition to a commemorative turkey, ProgressVA delivered a framed copy of the resolution declaring Governor McDonnell the “Turkey of the Year” to his office. That resolution reads as follows:

“Whereas, Governor McDonnell used a series of accounting gimmicks, including borrowing money from the Virginia Retirement System, to balance Virginia’s budget,

and Whereas, as Governor, McDonnell has cut millions of dollars from education, public safety, and social service programs,

and Whereas, under Governor McDonnell’s tenure the Commonwealth has pushed state responsibilities off onto local governments, ducking its responsibilities and increasing the burden on localities,

and, Whereas, Governor McDonnell has borrowed billions of dollars, maxing out the state's "credit card"

and Whereas, Governor McDonnell insisted on closing Virginia’s budget deficit through a cuts-only approach that ignores closing tax loopholes that benefit his corporate donors,

and Whereas, approximately 64% of Virginia corporations pay no corporate income tax while middle class families pay their fair share and Governor McDonnell has proposed no remedy,

On this day of November 21, 2011, ProgressVA does hereby confer and award Governor Robert F. McDonnell the honor and accomplishment of “Turkey of the Year”, as recognized by this proclamation and the accompanying turkey.”

Included in Governor McDonnell’s award packet is contact information for food banks in the Richmond area that are accepting turkey donations.