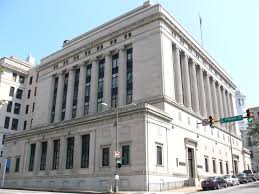 More whites than blacks who are charged with probation violations get a break when they go before circuit court judges, case status records from 2014 suggest.

Supreme Court of Virginia representatives have refused to release the compiled statewide database of case records. A Daily Press review of records assembled by open government advocates who went case-by-case through more than 110,000 cases of records from across the state found:

• 13.7 percent of probation violation charges against blacks are dismissed or dropped versus 19.2 percent for whites.

• 31.4 percent of blacks found to have violated probation get no time in jail, versus 45 percent of whites.

• 24.8 percent of blacks found to have violated probation serve the full amount of suspended time, compared to 19.5 percent of whites.

The more than 1,800 probation violation cases in the data included 671 cases involving blacks and 1,134 involving whites.

An earlier Daily Press review of the same data found blacks pleading guilty to felonies were less likely than whites to negotiate a conviction on less serious charges. More than twice the percentage of white defendants who plead guilty when charged with malicious wounding or burglary received reduced sentences, compared with black defendants. Nearly twice the percentage of whites received plea deals to less serious offenses when charged with assault and battery on family members.

“There are many factors that would be considered by judges when rendering their decisions that you appear to have excluded in the statistics that you provided,” said Kristi Wright, director of legislative and public relations for the Office of the Executive Secretary of the Virginia Supreme Court, in an email.

“Your statistical analysis does not appear to be comprehensive,” she said.

She did not reply when asked if the judicial system had ever looked to see if probation violations were handled differently for people of different races.

The criminal case status reports analyzed by the Daily Press include information about when a crime occurred, when police arrested the defendant in the case, what happened to the charges — including whether prosecutors dropped the case or judges dismissed it for lack of evidence. The reports also include whether a defendant was acquitted, convicted or pleaded guilty, and whether those who were convicted received prison time, suspended sentences or probation.

The reports include data on race, sex and the defendants’ city, county and state. Overall, 45 percent of the cases involved blacks and 56 percent involved whites.

The case status reports do not include information on defendants’ criminal records, which can be a factor in how judges handle probation violations or plea agreements.

“Access to justice is an issue, whether the issue is race or socioeconomic status. I do think this is an issue that a number of people across the legal community have been concerned with for a number of years,” said Del. Jennifer McClellan, D-Richmond, a member of the House of Delegates’ Courts of Justice Committee, when asked about the differences in how probation violations are handled .

The patterns with probation violations and guilty pleas suggest there may be problem with fair treatment of blacks in courts, said Rob Poggenklass, a legal fellow at the American Civil Liberties Union of Virginia and a former public defender in Newport News.

But they don’t necessarily prove it, he said.

“Over the last year, it has become clear that there is good reason for all of us to question the fairness of our criminal justice system,” he said. “One way to build and restore trust is to shine a light on that system. How are people of different races and genders treated — by police, by prosecutors, and by courts?”

That means a hard look at police decisions to stop people and arrest them, when prosecutors decide to press charges, and at the kind of representation indigent people receive when they go to court.

“These are questions that can be answered only if stakeholders like the Supreme Court of Virginia make a concerted effort to be more open and transparent about public records,” he said.

Wright said the Supreme Court is not the custodian of the statewide compilation of case status reports, although the individual records are obtained by querying on a website maintained by the court.

Del. David Albo, R-Springfield, who chairs the House Courts of Justice Committee, said any racial disparities in handling probation violation would be a concern.

He said it is important to look at the underlying charge, past records and how exactly an individual violated probation.

To determine if there is a problem it is important to compare apples to apples, Albo said.

He said it “would be very disturbing to me and every legislator” if it were clear that, for instance, a higher percentage of blacks than whites went to jail after testing positive for drug use while on probation for possession of hard drugs when they had no previous convictions.

State Sen. Thomas K. “Tommy” Norment, R-James City County, who is co-chairman of the Senate Courts of Justice Committee and actively practices in criminal courts across the Peninsula, said looking at the overall pattern of probation violations was outside his area of expertise. He said he was reluctant to talk about his own experiences because of his concern to protect clients’ confidentiality.

“However, I do believe in greater transparency and accessibility of criminal records that are already public records,” he added.

Looking at records other than in a case-by-case way is difficult in Virginia.

The Daily Press asked open government advocates for help when the Virginia Supreme Court’s Office of the Executive Secretary refused to release the statewide data. Code for America volunteer Ben Schoenfeld assembled the data by automating a case-by-case download of the individual case status reports the Virginia Supreme Court maintains on the state judicial system website. Code for America is a nonprofit group that works with governments to make their records — particularly electronic records — more accessible to the public.

Going case-by-case is the only way the Virginia Supreme Court now allows people to see the reports. Wright said the court’s view is, that method is sufficient to meet any legal requirement that the reports be made available to the public.

“The Supreme Court of Virginia’s online case information system has not adequately kept up with changes in technology, and transparency has suffered as a result,” said the ACLU’s Poggenklass.

“The Supreme Court needs to make transparency a priority.”