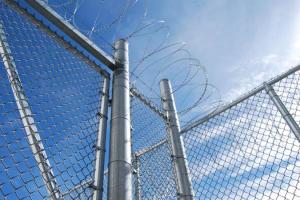 A new analysis of the state’s youth prison system finds it to be a costly revolving door, and experts are urging Virginia policymakers to invest in alternatives to make communities safer that also can save taxpayers money.

According to the report from The Commonwealth Institute for Fiscal Analysis, Virginia incarcerates youth at a rate 75 percent higher than the nation, at a cost of nearly $150,000 per child. The Institute’s president and chief executive, Michael Cassidy, said it’s a troubling situation on many fronts.

“When you have almost three-quarters of the youth who’ve been held in Virginia’s juvenile prison are convicted of another crime within three years of release,” he said, “that is damning evidence that the current system isn’t working.”

While some fear that overhauling the juvenile-justice system would put the community at risk of being too lenient with offenders, the report points to such states as California, Ohio and Texas, all of which have reduced their rates of youth confinement while seeing declines in crime rates.

Cassidy said momentum has been building in Virginia for alternatives to youth incarceration, adding that he believes lawmakers have an opportunity to redirect some of the money that would typically be allocated to youth prisons.

“Instead, put those resources into these alternative, community-based programs,” he said, “so that youth who are in trouble can be closer to home and getting the services that they need, and our communities can be safer.”

Cassidy pointed to the Reinvest In Supportive Environments for Youth (RISE) initiative as evidence of growing support for juvenile-justice reform in the state. RISE is a broad-based campaign for community-based alternatives to youth incarceration.

The full report is online at TheCommonwealthInstitute.org.