Restoring voting rights is the right thing to do 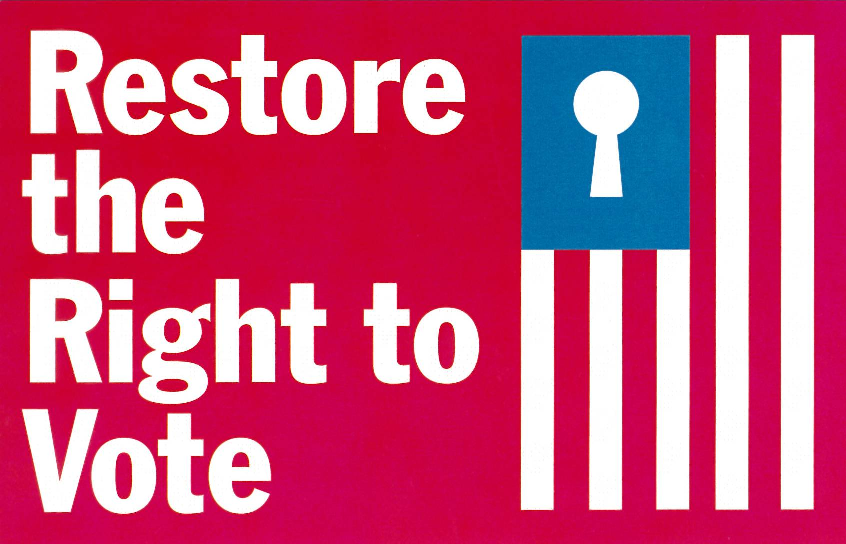 For many of them, it was a foolish decision made when they were 18 or 19. It could have been something as simple of possessing marijuana, but back then enough to mean a felony conviction. But in Virginia, even after paying fines and even serving jail time, felons are not allowed to vote. There has always been a process for rights restoration, but it is complicated and time-consuming.

When Gov. Bob McDonnell started an aggressive but quiet campaign to hasten the process to restore felons' voting rights, we gave him kudos. And more than halfway through his term as governor, he has helped 2,888 felons return to the voting rolls. That means that so far, almost 3,000 Virginians are able to register and vote in their own communities. No more shame or hiding from a bitter past.

Virginia is one of the few states that still disenfranchises its residents by withholding voting rights after a felony conviction. It's part of the penalty of commiting a crime, but unlike paying a fine or serving a prison sentence, it lasts forever.

In short, it's wrong. But thanks to McDonnell's efforts — starkly unRepublican as pointed out in a recent Associated Press story on the the topic — several thousand more people are enjoying their civil right to vote.

Virginia is headed in the right direction. We're glad to see McDonnell take us there. The next step, logically, is for the legislature to do away with the rule that rescinds voting rights in the first place.

Because of that law, as many as 300,000 Virginians are left out of the most important civic exercise most of us enjoy. Paying your fines and serving your sentence are not enough — get convicted of a felony in Virginia and give up your voice as a citizen.

But those penalties should be enough. That's why we have sentencing laws and guidelines. The punishment should stop when the sentence has been served.

The cumbersome method to restore rights not only punishes the felons, but also holds Virginia back. The ripple effects include children of the felons who might not understand why mom or dad doesn't vote, but understand it's not important to establish the habit themselves.

We applaud McDonnell for the hundreds of voters he put back on the rolls after restoring their rights. It was the first right thing to do.

But the best right thing to do is end the law that throws out voting rights in the first place.