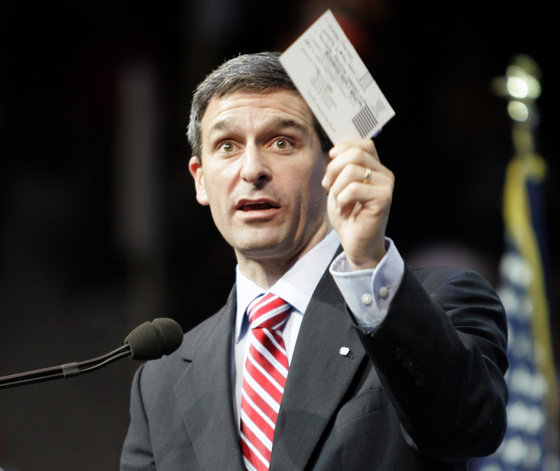 Attorney General Cuccinelli's hopes to fast track his health care lawsuit died a certain death this morning. According to the Hill's Health Watch…

The Supreme Court announced Monday that it would not fast-track its review of Virginia Attorney General Ken Cuccinelli's challenge against the new healthcare law.

All nine justices appear to have signed the decision to deny Cuccinelli's petition to sidestep the appeals process. The decision, which does not contain any explanatory comment or dissent, was largely expected and returns the case to the 4th Circuit Court of Appeals.

"The petition for a writ of certiorari before judgment is denied," the order says. For the complete articel click here.

Virginia Organizing has stood against Cuccinelli's efforts to overturn the health care law.

“This law ultimately provides desperately needed coverage to a million uninsured Virginians and critically needed consumer protections to all Virginians. The Attorney General's suit represents an egregious waste of scarce state resources and a threat to the rights of the very consumers he was elected to protect.  Worst of all, neither he, nor the governor, has proposed any alternative solutions for the insurance quagmire that wreaks havoc on the lives of ordinary Virginians every day. It’s time to stand up for a law that is already protecting Virginians," said Jim Lindsay of the Virginia Organizing Health Care Reform Committee: We implore the Attorney General to focus on battles that benefit consumers, rather than undermine us.”

The Price of Repealing the Affordable Care Act: Virginia