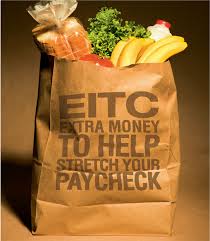 Low-wage workers in Virginia have endured more than a decade of stagnant and declining wages, while also contending with the rising cost of food, housing, child care, and other household expenses, making it increasingly difficult for them to get by. Virginia lawmakers have a critical opportunity to help these working men and women meet their challenges by strengthening a key state income tax credit, at no direct expense to their employers.

A stronger Earned Income Credit (EIC) would give working families more resources to ensure they can get to their jobs, keep the lights and heat on, and put food on the table.

Virginia’s EIC gives a modest boost to the work effort and earnings of working families across the commonwealth. One simple improvement to the credit would help it to do so much more, strengthening its benefits not only for Virginia’s families, but also for the state’s businesses and economy.

The Virginia EIC is based on the federal earned income tax credit (EITC), for which over half a million Virginians were eligible in 2011. The federal tax credit is the country’s most successful anti-poverty tool for children, lifting over 3 million out of poverty each year. It’s also good for businesses at tax time and the economy in the short and long run.

But the federal credit has one important feature that makes it so effective and that distinguishes it from Virginia’s EIC: those who qualify for it can get a refund if the amount of their credit is greater than the income tax they owe, otherwise known as refundability.

Key findings of the report include:

Read the report (pdf)
Get the release (pdf)