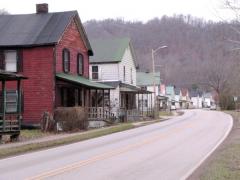 America’s small towns would be hit hardest by any cuts in Social Security, according to a new analysis by the Center for Rural Strategies, posted on the rural news website the Daily Yonder. The review says that’s because rural areas have a higher percentage of people who receive those benefits.

Economist Mark Partridge, who holds the Swank Chair in Rural-Urban Policy at Ohio State University, says the loss might appear small on an individual basis, but its reach would be broad.

“You know, I don’t want to necessarily say it would devastate communities, but I think small businesses, restaurants, grocery stores, hardware stores – all of these are going to feel somewhat of an impact if a lot of their steady customers, the ones who spend their money locally, have less.”

“It relates to the kinds of industries people work in. Industries like logging, mining or agriculture tend to be more dangerous, and thus you’re more likely to draw things such as disability.”

In many of Virginia’s metropolitan counties, about 17 percent of the population receives Social Security benefits, while in some rural counties, that figure jumps to more than 25 percent.

The so-called congressional Super Committee is expected to make its recommendations for spending cuts later this month, which might include changes to the Social Security program.

More information is at www.dailyyonder.com. Details by county and by state are at srdc.msstate.edu.