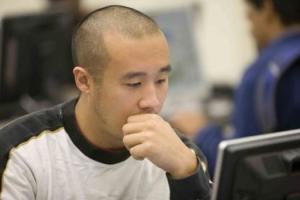 Student loan debt in the state is high and rising and it’s a real problem for some. An annual survey by the Institute for College Access & Success found that last year’s Virginia grads who took out loans left school owing more than $26,000.

The national figure is nearly $30,000, and both numbers are going up. Amanda Montalvo from Williamsburg says she couldn’t afford student loans for her first year at George Mason University, so her parents took out a second mortgage. Now they can’t afford the payments and are selling their home.

“And we are going to be moving into something we can afford that’s smaller, because we did have to take out that home equity loan,” says Montalvo.

Although she’s an excellent student, Montalvo says she has no idea how she could finance her second year without taking on a crippling debt.

Most economists say that college is worth going into debt for, because it means a lifetime of higher earnings. But for some, the interest piles up so fast that may no longer be true. Meghan Blydenburgh graduated in 1999, but stopped paying her loans for a few years while she was out of work and having children. Her $28,000 debt ballooned to $63,000.

She says between her and her husband, they pay a grand a month – so much it’s keeping them from buying a house or saving for their own children’s educations.

“I’m just drowning in debt at this point,” says Montalvo. “You have to choose between getting your loans paid on time or, you know, eating. I wish I didn’t go to school and take on any debt because I’d be so much better off.”

U.S. student loan debt now totals more than $1.3 trillion. Montalvo says she always believed she could do well by working hard and playing by the rules. But now she says educational costs are becoming such a problem, it can keep people like her out of the middle class.

“I was a straight A student, I worked hard,” says Montalvo. “And the American dream, even for people like me, is very out of reach, even though I have done everything right.”