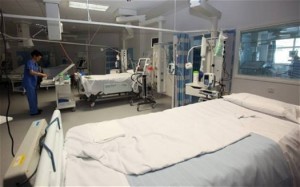 A new study confirms broad benefits from expanding Medicaid, and says health-care facilities are feeling the pinch in states such as Virginia that haven’t done it. (Scott/Wikipedia)

RICHMOND, Va. – States that expand Medicaid are seeing benefits across their health-care systems and beyond, according to new research.

Study co-author Jack Hoadley, a research professor at the Georgetown University Center for Children and Families, said they studied safety-net hospitals and clinics in seven states and confirmed that in the states that have expanded Medicaid, it’s relieved a lot of the pressure on health-care providers that struggle to serve the working poor. Hoadley said they’ve seen dramatic evidence that the benefits extend beyond those doctors and patients.

“It’s not just benefiting the patients that are going to come in,” he said, “but it’s having effects on the budgets of the safety-net institutions and really creating savings for the states and their budgets.”

Virginia is one of 19 states that have not expanded Medicaid under the Affordable Care Act. Republicans in the General Assembly have argued that the state can’t afford the risk of extending health care to households below one-and-a-third times the poverty rate.

Jill Hanken, a staff attorney specializing in health care for the Virginia Poverty Law Center, said the state’s health-care providers favor Medicaid expansion so strongly that they’re willing to pay the cost to the state for covering the up to 400,000 Virginians who might qualify.

She said many rural Virginia hospitals fear they won’t survive without broadening the program.

In the last Legislature, the Virginia Hospital and Healthcare Association offered to support a voluntary tax on state health-care institutions to fund expansion. In contrast, Hoadley said, similar institutions in expansion states say they can now do a much better job meeting the needs of the populations they serve.

“Behavioral health services, some are adding dental services, more specialty care,” he said. “The dollars that are brought into these institutions really are used in ways that fundamentally change the way care is delivered.”

The report is online at ccf.georgetown.edu.