Home » The Issues » Economic Justice » The face of the unemployed

The face of the unemployed 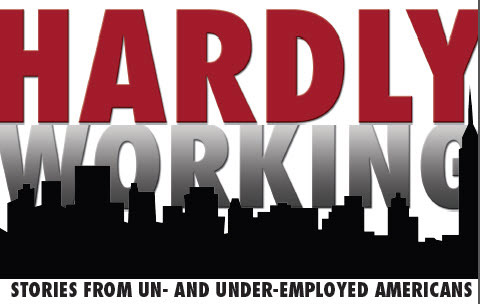 Today USAction helped put a face to unemployment in America.

Amid a flurry of press coverage, including not one but two advance mentions in the New York Times, we released a special report, Hardly Working: Stories from Un- and Under-Employed Americans.

The report includes the stories of 89 people, culled from nearly 1,200 stories that were submitted to us by our online supporters.

These stories told of discrimination – people who can’t get hired because they are older, or because they currently are unemployed. You can’t get a job because you don’t have a job.

These stories told of distress, financial and emotional. People are exhausting their life and retirement savings just to survive. Some have attempted suicide. The sense of emotional exhaustion and collapse is almost impalpable.

These stories told of despair. We’ve all heard of jobs being outsourced to other places. But we learned of people outsourcing themselves to other countries in order to find work. South Korea, it seems, is expanding its education system while here in the U.S. we are laying off hundreds of thousands of teachers.

At a press conference this morning, which was joined by 18 reporters from all across the country, USAction President William McNary said this:

“Un- and under-employment is the number one problem in America. It affects 16 percent of American workers – that’s one out of every six workers in the country. It’s good that we’re talking about jobs to pave the roads and build bridges.  Let’s make sure we repave the road to the middle class for people who are falling out and building bridges for people who aren’t in it.  And that means protecting Medicare, Medicaid, Social Security and unemployment insurance.”

Today their voices were heard loud and clear. People like Wayne of New Jersey:

“First, I face the problem that companies reject people my age, as if we have forgotten how to work effectively, and second, I face rejection because I am classified as a ‘long-term’ unemployed. My health care and my unemployment benefits are long gone, and so are my prospects for the latter part of my life.”

And Molly of Ohio:

“What has happened to my country? What exactly is a person supposed to do who is simply not being hired? It’s not like most people aren’t trying to find a good job, or for that matter any job. We are really looking into the abyss as a nation.”

And Eric, also of New Jersey – he’s employed as an illustrator, but he worries about his parents, both of whom have lost their jobs:

“I want my parents to feel secure again. I want them to have a sense of pride again and not sit around the house feeling worthless. I can see it in their faces that they feel embarrassed that they can’t get a job. It’s absolutely heartbreaking for me and they just need to be given a chance.”

Next week, beginning Monday, USAction affiliates in 14 states are bringing 175 unemployed people to D.C. to occupy the National Mall, along with thousands of others coming from every single state in the country. They will be sharing their stories with Congress and putting a face on unemployment.

In the meantime, you can download Hardly Working here. Or drop me a note and we’d be happy to mail you the print edition. If you have any ideas regarding how USAction can carry this work forward – and perhaps produce additional, newsworthy reports that paint a picture of life in America’s economy today and what we must do about it, we’d love to hear them.