The Young Invincibles have some new armor 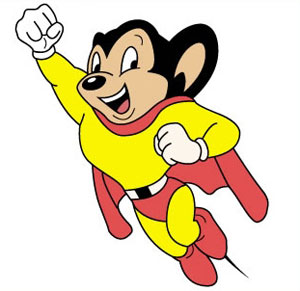 The following blog post was written by Dr. Chris Lillis and was originally posted on the Doctors for America Blog. http://drsforamerica.org/blog/?p=679 Dr. Lillis also serves on the Virginia Organizing Health Care Committee.

I have been a primary care doctor for some time now. I can still remember the early part of my career, when I was still adjusting to practice. I remember personally feeling helpless, or frightened, when trying my best to help a patient with a life threatening or mysterious problem. I vividly remember a middle -aged female patient who came to see me for the first time during my initial year of practice. She complained of feeling “off-balance” while walking. Something didn’t seem quite right, and the MRI I ordered showed a brain tumor as being responsible. Fear of a bad outcome for my patient, along with compassion for her illness, fueled that helpless feeling inside me. But it was temporary – I called our local hospital to arrange a bed for admission, and called our neurosurgeon, and within a few hours she was getting the best care in the world. To this day, her friends and family see me as a miracle worker, yet I hardly did a thing besides knowing the right test to order and best surgeon to call.

So I learned early on in my career, I no longer had to feel that fear in my gut when a patient of mine was sick. Simply order the right treatment, or call the best specialist, and I could be of immense assistance. For the most part, I practice without fear today, save for one dreaded exception.

Several months ago, a 24 year old man walked into my office. He complained of blurry vision and felt lethargic. He felt thirsty all the time. He shared with me that in the past he was told he had diabetes, but he was laid off when his employer downsized in early 2009, and has been without his medicines and monitoring since. His diabetes was raging out of control like an unattended forest fire.

There it was again – that fear in my gut. I began to think of the cost of oral medicines, perhaps insulin, as well as the cost of regular blood tests to monitor the diabetes, the annual eye exam, the daily test strips used in his glucose meter along with the lancing devices to prick his finger. Treating this young man’s diabetes would be easy if he had health insurance.

Due to this recession, the ranks of the uninsured are swelling. Young adults disproportionately live without health insurance – the Urban Institute estimated in 2008 that 10 million adults did not have health insurance coverage. Many detractors of the Patient Protection and Affordable Care Act will say that the “Young Invincibles” should have the choice to save a few bucks, and gamble with their health by not purchasing coverage. As a physician, I would say anyone offering the advice to go without health insurance should be charged with malpractice.

However, the “Young Invincible” is much like a unicorn – more myth than reality. Injuries requiring ER visits, obesity and related increases in diabetes, asthma, and even pregnancies all lead to crippling medical bills or a lack of basic care for this age group.

Thankfully, the Patient Protection and Affordable Care Act helps young adults now – by allowing young adults to stay on their parents’ insurance until the age of 26, and in the near future by providing insurance exchanges and subsidies to purchase affordable health insurance in 2014.

I have not come across a more amazing story than this brilliant piece in the Los Angeles Times. The story chronicles a young medical student, uninsured, who finds himself navigating the health system seeking treatment for his testicular cancer (the most common cancer in males between 15-34). The irony of one of our future healers scrambling to find care is not lost on me.

We cannot, and should not allow our young Americans to be at such risk for bankruptcy, disability and death simply due to a lack of access to care from being uninsured. So, in celebrating the six month anniversary of the passage of the Patient Protection and Affordable Care Act, educate yourself by learning the facts about how the new law will help our Young Invincibles.