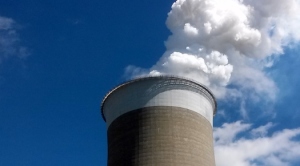 The full article and audio file can be found at Public News Service.

RICHMOND, Va. – Since the Clean Air Act of 1970, America’s air has gotten cleaner, but the American Lung Association’s 2015 State of the Air report finds 44 percent of the nation still lives where air pollution levels are too often dangerous to breathe. That’s more than 138 million Americans.

Enter the Obama administration’s new rules on carbon pollution, designed to cut emissions by nearly one-third over the next 15 years.

“When we can reduce those gases, and that’s what they are, that are coming out of these power plants,” says Janice Nolen, assistant vice president for national policy with the American Lung Association, “they will really benefit the people who live near to those power plants the most.”

Nolen says low-income neighborhoods, and those can often be neighborhoods of color, are the ones closest to power plants, forcing the residents to breathe more of the pollution directly.

But the National Black Chamber of Commerce doesn’t make that connection, claiming the pollution crackdown will be “especially severe” on African Americans and Hispanics. A 153-page report issued by the organization in June says millions of jobs will be destroyed and the cost of power and natural gas will more than double.

“Under the plan as it’s in place now, the requirements would be that we have to make sure that we’re not harming these people, which means for the first time they may actually get more cleanup than they would otherwise,” says Nolen.

Cleaner air also would be a big help to Virginia’s nearly 164,000 children and 558,000 adults who have asthma, says Stuart Tousman, professor of heath psychology at Jefferson College of Health Sciences and Virginia Asthma Coalition president.

“The health impact of poor air quality is just horrendous,” says Tousman. “I have asthma and I know on bad air-quality days, I’m limited. It really impacts the quality of life for people in Virginia, and all over the country, who have asthma.”

Tousman says asthma is the leading cause of kids missing school. The EPA estimates its Clean Energy Plan would prevent 90,000 pediatric asthma attacks in the U.S. each year, and reduce missed school and work days by 300,000.