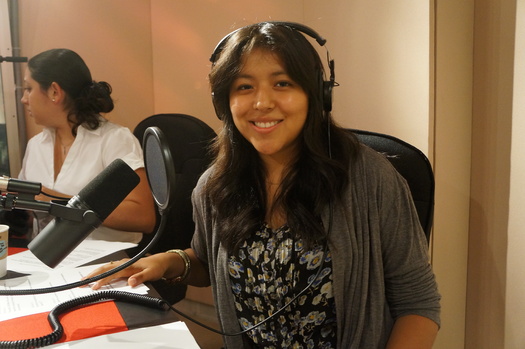 ARLINGTON, Va. – There are more than 14,000 undocumented young people in Virginia who are potentially eligible for the new Deferred Action for Childhood Arrivals (DACA) program, started by the Obama administration in August. It gives young people who came to the United States before age 16 temporary relief from deportation, as well as work permits to remain in the U.S. for a period of two years.

It's a step in the right direction, according to immigrants' rights groups, although many young, undocumented people remain cautious. In Arlington, Herith Andrade is a 19-year-old college student who came to the U.S. from Bolivia at age eight. She has applied for Deferred Action status.

"But it's just two years, and there is no path to residency – and so in two years, if it doesn't get renewed, then we'll be stuck again. And the thing is just to fight, keep fighting for a larger immigration reform, where we can apply for residency."

Andrade says she completed all the necessary paperwork immediately after the Obama administration announced the Deferred Action plan in August, although many of her peers are have held off. They're concerned about the upcoming presidential election, she says.

"I think we feel very nervous of who will win, because we don't know what will happen after that. There are just a lot of feelings. And so, I think for now, I'd like to get our community to vote."

Andrade considers herself to be an immigrants' rights activist and, while she is optimistic about her future in Virginia, she says she and many of her peers must continue to educate others about the value of allowing young people to stay here, and contribute to the society they consider their own. She is awaiting an answer regarding her status from U.S. Citizenship and Immigration Services (USCIS).