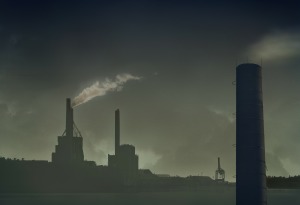 Janice Nolen, assistant vice-president for national policy with the American Lung Association explains more than nine million tons of methane and other pollutants are released each year by the industry, contributing to ozone and smog.

“You’ve got pipelines and engines and equipment that have historically just sort of leaked some of these volatile organic compounds and methane, and have not been recognized as being the contributor that they are,” she said.

The report ties an estimated 24,000 Virginia childhood asthma attacks a year to oil and gas production. The Obama administration recently finalized rules on new sources of methane and ozone pollution from the oil and gas industry, and supporters say that should help.

The researchers say the oil and gas pollution contributes to air quality problems in urban areas downwind, adding to the smog from traffic.

Carolyn Carmody of Arlington, an adoptive mother of two, one with serious asthma, said the new federal rules are coming just as her city is also working to take vehicles off the road. She said air quality is especially important for her nine-year-old son Vincent, whose asthma sometimes sends him to the emergency room.

“We compensate by providing a different number of medications, depending on the symptoms,” she said. “Without the medications, he doesn’t have the clear lungs to blow out all the candles on a nine- or ten-year-old’s birthday cake.”

The study’s findings also can be explored with an online interactive tool, oilandgasthreatmap.com, which displays data about the threats communities face from oil and gas industry pollution.