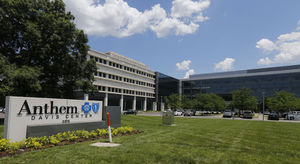 Published on August 1 by the Richmond Times-Dispatch

The State Corporation Commission’s Bureau of Insurance last week released a long-awaited analysis of the proposed merger between insurers Anthem and Cigna, finding that Anthem’s intended $54 billion acquisition is not in Virginians’ best interests.

The analysis, released Wednesday, is meant to provide more information to Virginia’s SCC as it considers approving or blocking Anthem’s attempted acquisition.

“The Bureau has determined that the merger will impact competition at both a state and local level in the market for large group comprehensive medical insurance,” the report states. “Despite general claims of benefits and mitigating factors, the Bureau further has determined that this impact raises the potential of harm to policyholders as well as the general public.”

The analysis comes on the heels of a lawsuit filed in mid-July by the U.S. Department of Justice and several states’ attorneys general — including Virginia’s Mark R. Herring — that attempts to block the proposed Anthem-Cigna merger as well as Aetna’s attempted $34 billion acquisition of Humana.

The mergers have to be approved federally and within each individual state. While the DOJ’s lawsuit could block the potential mergers nationally, the SCC can still allow, regulate or block the mergers in Virginia.

After a public hearing held on the merger in late May, Commissioner Mark C. Christie said the agency was waiting for the bureau’s report before making a decision on Anthem’s possible acquisition.

Earlier this year, the Bureau of Insurance released a report stating that the Aetna-Humana merger would not have a detrimental impact on Virginia consumers.

While it has found that the Anthem-Cigna merger could have a negative impact on Virginians, the bureau also recommends that the SCC allow Anthem 30 days to respond to the analysis so the company may “include proposals that may alleviate the competitive concerns” expressed in the report, “such as specific and measurable proposals concerning premium rates as well as maintaining network access and quality of service for existing policyholders.”

In an emailed statement, Anthem spokesman Scott Golden said the insurer’s merger with Cigna “is one way that Anthem will continue its mission of improving consumer choice, quality and affordability.”

“While we disagree with the Virginia Bureau of Insurance’s recommendation, we expect to have continued constructive dialogue with the commonwealth and are confident we can address their concerns, complete the transaction and deliver its benefits at a critical time when American consumers are seeking high-quality health care services with greater value at less cost,” Golden states in the email.

Covering nearly 3 million residents, Anthem is by far Virginia’s largest insurer. As of June 2015, it had 22.14 percent of the state’s accident and sickness insurance market, while Cigna held 1.99 percent.

The bureau’s analysis hinged on its finding that “the merger may cause or tend to cause a substantial lessening of competition in Large Group insurance,” the report states.

Large Group insurance provides plans to companies with 50 or more employees, according to the report. Together, Anthem and Cigna account for 25 percent of the statewide market for Large Group products.

Anthem has argued that, while it is the largest insurer in Virginia, Cigna holds a much smaller market share, meaning the merger would not significantly reduce competition.

But the bureau points out that Anthem is the largest commercial carrier of Large Group insurance and, unlike its other lines of commercial insurance in Virginia, Cigna has a higher market share in Large Group as well.

Additionally, the bureau confirmed that that reduction would be “detrimental to policyholders” and “the public in general.”

“The effects of the potential harms are exacerbated by a number of factors,” the report states, including new competitors’ barriers to entering the market and possibly creating a “captive group” in the buyers of Large Group insurance, which will have fewer alternatives should the merger take place.

The bureau also acknowledges arguments made against the merger by several advocacy and hospital groups, including claims that it would mean increased premiums and reduce options for consumers.

But the analysis acknowledges that those arguments “largely arise from conflicts between two major groups of stakeholders (insurers and providers) in the health care market — each arguing that increasing their own concentration will benefit the public while an increase in the concentration of the other stakeholder will harm the public. “These arguments highlight broader problems within the health care market — but much of the ability to balance the scales lies beyond the Bureau’s regulatory authority,” the report states.