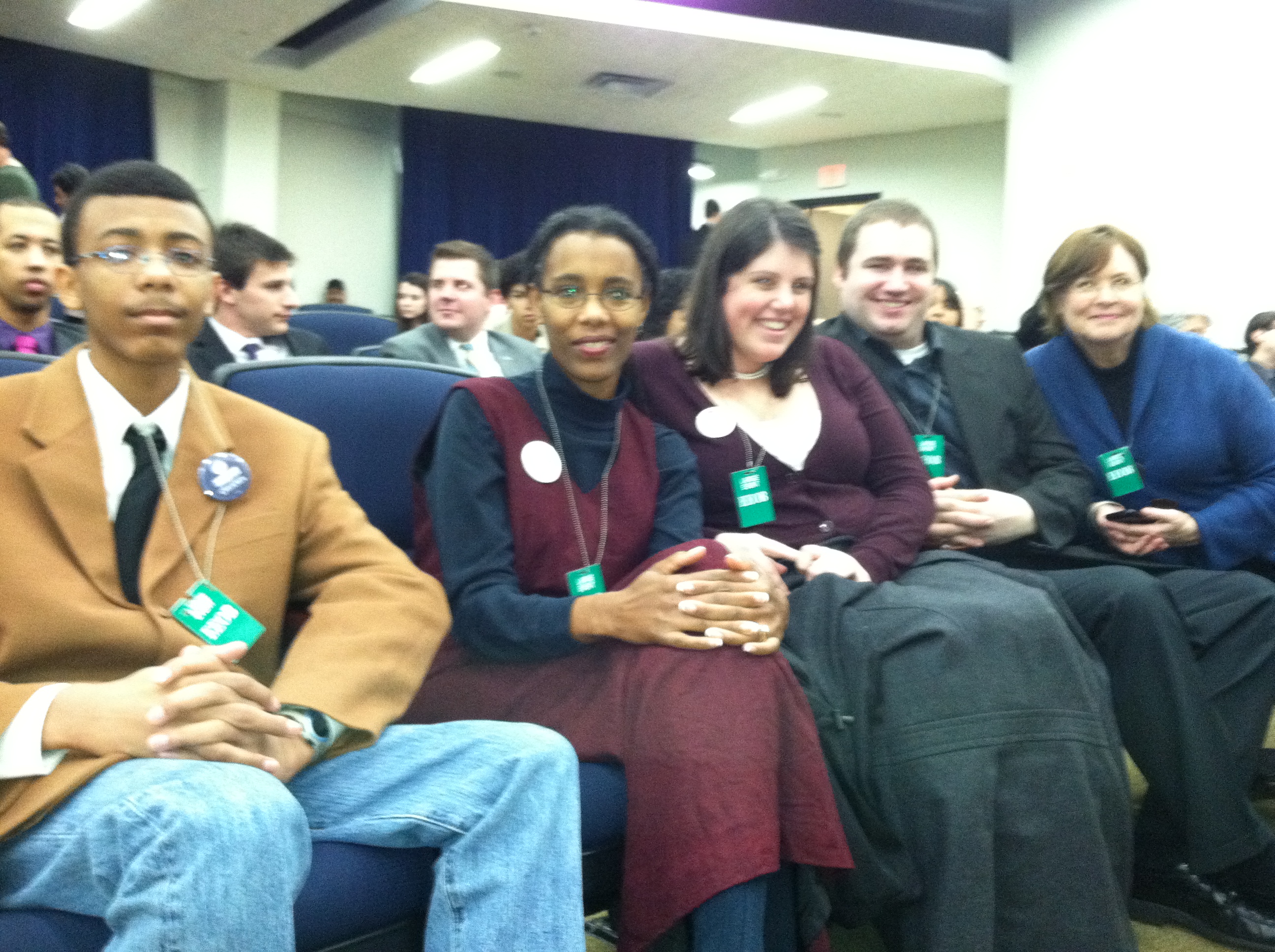 Yesterday the obstructionists in the House of Representatives finally announced they'd join a majority of senators from both political parties to renew unemployment benefits and continue the payroll tax credit that helps the middle class.

The President addressed a crowd next to the White House yesterday to express his frustration over the obstruction and gamesmanship of the House and to call for a clean extension of the payroll tax cut and employment benefits. In the crowd were four Virginia Organizing members who were invited to attend!  Linda Powell and her son Samuel made the trip from Fredericksburg and McKenna Callaghan and her husband Andrew made the trip from Richmond.

“I am happy I came today because I really appreciate the efforts that the President has put in to making our country a better place to live. No one said these problems are easy to solve but I do feel the President is willing to come across the aisle and roll up his sleeves to make progress,” said McKenna.

“I continue to be struck by the lack of civility in Congress that leads to a lack of progress in our nation. I appreciate that President Obama is willing to speak out about the payroll tax cut which will help my family in these tough economic times.”

Shortly after the four Virginia Organizing were in the same room as the President,Congress stuck a deal. Coincidence?  We think not!