Virginia could do more for Chesapeake Bay cleanup 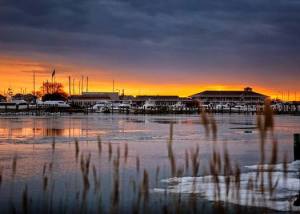 HANOVER, Va. – A federal court victory has cleared the way for what conservationists say needs to happen on farms within the Chesapeake Bay watershed to help meet the goals of a Chesapeake Bay cleanup plan.

A federal appeals court ruling this week reaffirmed the legality of the Chesapeake Bay cleanup effort, which spans six states and the District of Columbia.

While Baker says Virginia has been active in working to advance the bay cleanup plan, the commonwealth now needs to put more attention into cleaning up farm runoff.

“Virginia has shown real leadership, but we’re worried they need to accelerate some of the practices, both in terms of urban runoff as well as agricultural runoff,” he says.

According to Baker, farms can reduce their pollution inexpensively, and will benefit from doing so. National farm and developer lobbying groups have sued to stop the federal and multi-state coordination, describing it as a pattern for over-regulation.

Baker says cleaning up farm runoff means reducing fertilizer and livestock waste – and federal and state assistance is available to make that happen. He says adding fences, trees and buffers to protect streams, and reducing fertilizer use, makes sense for farmers.

Baker says Virginia Governor Terry McAuliffe and Attorney General Mark Herring have helped keep the cleanup blueprint from being derailed. While much of the progress the state has made in agricultural runoff has been voluntary, he notes that progress runs the risk of being reversed if it is not “more forcefully” backed.