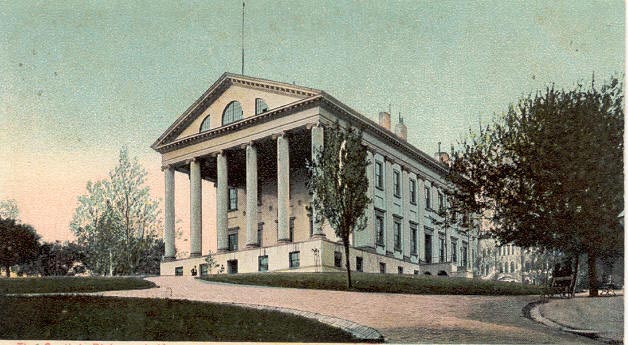 Improve and expand health care for low-income individuals and families:

There are critical needs in access to health care and the provision of insurance coverage in Virginia.

·      It is estimated that more than one million Virginians are currently without health insurance coverage  — one out of every seven citizens in the state.

·      To be eligible for Medicaid insurance coverage, low-income parents must meet eligibility levels that range from 22-29% of the federal poverty level, the sixth lowest in the country.

·      The number of employers reducing their employees’ health care coverage is increasing.

·      Last year only Idaho and Arkansas asked workers to pay a higher percentage of the total health care premium costs for family coverage than did Virginia.

·      Virginia should utilize federal options to offer coverage to legal immigrants who are Medicaid/FAMIS eligible pregnant women and FAMIS-Eligible Children during the first five years they are in the U.S.

·      Virginia should utilize federal options to offer coverage to legal immigrants who are “Qualified Aliens” who have been in the U.S. for more than five years.

·      The proposed budget for the 2012-14 biennium eliminates inflation adjustments for Medicaid services provided by hospitals and nursing homes, reducing the already low Medicaid reimbursements to 60% of the actual cost of care.

·      A health benefit exchange is a marketplace that will provide consumers who cannot get health insurance at work a place to access and purchase affordable and comprehensive coverage, providing subsidies for low- and middle-income individuals and families to help make coverage more affordable.

·      Virginia must have an exchange up and running beginning in 2014 or an exchange created by the federal government will be established for Virginia.

·      Virginia Organizing supports the recommendation of the Governor’s Virginia Health Reform Initiative's Advisory Council that voted overwhelmingly to recommend setting up the exchange as a "quasi-public" agency using the successful Virginia Housing Development Authority (VHDA) as a model.

·      The exchange should be governed by a diverse board with a variety of expertise (at least two representatives of consumer organizations and a representative from small business) along with a broad advisory committee composed of stakeholders not on the board.

Enact an Appropriation Act for the 2012-14 biennium that preserves critical services and rejects a cuts-only approach to budgeting:

·      Virginia Organizing supports a balanced approach to addressing projected revenue shortfalls, with any cuts imposed offset by at least an equal increase in revenue achieved by closing costly tax loopholes that have not been proven to improve Virginia’s economy.

·      The General Assembly should reconsider the Governor’s recommended reduction of $81 million in funding for the state’s pre-K program, which represents an educational investment that saves the state money in the long run and improves the future well-being of our children.

·      The Governor’s projected 50% cut in state funding from the critical health safety net for community health centers and free clinics in the second year of the biennium will further reduce access to primary health care services and pharmacy assistance programs for uninsured and indigent patients.

·      Virginia Organizing supports the state’s rainy day fund and recognizes the constitutional requirement to contribute approximately $223.5 million into the fund during the biennium; however, we oppose the inclusion of an additional $76.5 million in the budget for this purpose instead of committing those resources to address the needs of our citizens NOW.

·      The Governor’s plan to increase by 50% the state’s commitment of sales tax revenues to transportation needs, a shift of $110 million away from other critical state services, is wrong because it reduces funding of critical needs and avoids the adoption of dedicated and adequate new transportation funding sources.

Support responsible and comprehensive immigration reform that promotes economic opportunity with long-term solutions that respect and protect the needs and rights of all Virginia residents:

·       Immigrants created our great country and their contributions continue to be crucial to our economic success; as a result, Virginia Organizing opposes so-called immigration reform measures that are biased and profile individuals and families on the basis of their skin color, nationality or culture.

·       The passage of harsh and controversial legislation in several other states in recent years (e.g., Arizona, Alabama, Georgia) has directed an unusual amount of attention to considering similar legislative measures in Virginia, measures designed to punish those who may not be in this country legally; unfortunately, the implementation of such legislation frequently profiles others and results in numerous unintended consequences, including leaving state’s agricultural industry without the number of workers needed.

·       No legislation should be seriously considered unless there is absolute proof of their need to address specific recognized problems and not the goal of making political points using a controversial subject matter that treats Virginia residents unfairly.

·      Virginia Organizing supports the elimination of predatory lending in Virginia through the adoption of legislation establishing a 36% APR cap on all loans in the Commonwealth, including payday loans, car title loans and open-end loans.

·      More than 100 city and town councils and county boards of supervisors in Virginia have passed resolutions, or included in their legislative agendas, support for General Assembly action to cap predatory lending interest rates at 36% APR.

·      The General Assembly has enacted legislation modifying the practices of lenders offering payday loans and car title loans with some common-sense limitations that still permit extraordinarily high interest rates, but the industries affected have expressed interest in weakening these laws in the upcoming session, an action that would be opposed by Virginia Organizing.

·      There continues to be Virginia statutory authority for lenders to offer open-end loans that have no limit on the interest rates that can be charged (even 300% or more APR) and Virginia Organizing supports the removal of this unnecessary loophole for predatory lenders from the Code of Virginia.