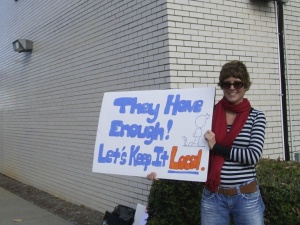 SMALL BUSINESS SATURDAY is Saturday, November 29.  This is a national day focusing attention on small, local businesses.  Details on how to promote your business during small business Saturday, as well as more information on the day itself at https://www.americanexpress.com/us/small-business/Shop-Small/

The special section of the Health Insurance Marketplace for small businesses will be running when open enrollment begins on November 15.  This section, called the SHOP, is being tested in six states right now.  The SHOP will provide small businesses access to effective small group insurance plans. Just like for individuals, small business will benefit from greater buying power.  In fact, the Washington Post is reporting on a study that found SHOP rates were seven percent lower than rates in the existing markets.  (http://www.washingtonpost.com/business/on-small-business/study-shows-obamacares-small-business-exchanges-do-offer-cheaper-coverage/2014/09/24/8a79db7e-4409-11e4-b437-1a7368204804_story.html) Small businesses will also be able to take advantage of the tax credit for purchasing health insurance on the SHOP.

The Washington Post is reporting a study that found that employer health benefit costs increased last year at the lowest level since 1999.   (http://www.washingtonpost.com/business/on-small-business/companies-health-costs-are-increasing-at-a-slower-clip-question-is-will-that-continue/2014/09/21/4eb917fc-4031-11e4-b0ea-8141703bbf6f_story.html)

A new Department of Health and Human Services study found that the average person in the Health Insurance Marketplace is paying $82 a month for coverage, with 46 percent of people paying less than $50 a month. This is the cost after government tax credits.  Keep in mind that this is slightly more comprehensive coverage than existed prior to the Affordable Care Act.  The study also showed that people buying in the federal exchange had a choice of 47 health plans, offered by an average of five different insurance companies.  The study, available at http://aspe.hhs.gov/health/reports/2014/Premiums/2014MktPlacePremBrf.pdf shows that the average cost in Virginia was $77 a month.

The U.S. Supreme Court will again be taking up the issue of health care reform.  The Justices will decide if the tax credits available to help people buy health insurance are legal in states where the federal government is running the Health Insurance Marketplace (like Virginia).  While most of the law talks about these tax credits being available to everyone, one section refers to Marketplaces “established by the states”.  Opponents have seized on this language to argue that tax credits are NOT legal in Marketplaces established by the federal government.  Several legislators who helped write the law penned a Washington Post Op/Ed on the issue: http://www.washingtonpost.com/opinions/affordable-care-act-opponents-are-cherry-picking-their-history/2014/10/30/2199a04e-5fac-11e4-91f7-5d89b5e8c251_story.htm