Virginia’s McAuliffe to announce restoration of voting rights to 13,000 felons 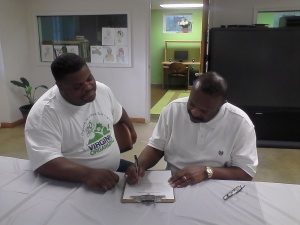 Gov. Terry McAuliffe will announce Monday that he has restored voting rights to 13,000 felons on a case-by-case basis after Republicans and state Supreme Court justices last month stopped his more sweeping clemency effort.

McAuliffe’s planned action, confirmed by two people with knowledge of it, comes about a month after the Supreme Court of Virginia invalidated an executive order the Democratic governor issued in April. With that order, McAuliffe restored voting rights to more than 200,000 felons who had completed their sentences.

Republicans, incensed that it covered violent and nonviolent offenders alike, said the move was really a bid to add Democrat-friendly voters to the rolls ahead of November’s presidential elections, when the governor’s close friend and political ally, Hillary Clinton, will be on the ballot.

Republicans also found the McAuliffe administration had mistakenly restored rights to 132 sex offenders still in custody and to several convicted murderers on probation in other states.

Contending that the governor had overstepped his authority by restoring rights en masse rather than case by case, GOP legislative leaders took him to court and won. Since 13,000 of the 200,000 felons had already registered to vote, the court ordered the state to once again put their names on its list of banned voters.

Immediately after that ruling, McAuliffe vowed to use an autopen to individually sign orders restoring rights. He promised to do the first 13,000 within a week and all 200,000 within two.

“By the end of this week, I will have restored the rights of all 13,000,” McAuliffe declared last month.

Since then, the McAuliffe administration has acknowledged unspecified holdups but declined to provide a new timetable for restoring rights. The first hint came Friday, with the release of McAuliffe’s official schedule.

At noon Monday, it said, he will appear at the Civil Rights Memorial on Capitol Square “to make major restoration of rights announcement.”

McAuliffe will announce that he has restored voting rights to the 13,000 felons, making them free to register once again, according to the two people, who spoke on the condition of anonymity because they were not authorized to disclose his plans. McAuliffe also will lay out his plans for restoring rights to the remainder of the 200,000.

A substantial majority of Virginians approve of McAuliffe’s original effort to restore felon rights, although they are closely split on his motivations, according to a new Washington Post poll.

Sixty-one percent of Virginia adults say they support his order and 37 percent “strongly” so. Thirty-four percent oppose it, with 21 percent doing so “strongly.” Support is highest among Democrats (82 percent), African Americans (87 percent), younger adults (73 percent of 18- to 29-year-olds). Six in 10 Republicans oppose McAuliffe’s effort to restore felons’ voting rights, while 61 percent of independents say they support it.

But Virginians are narrowly divided on McAuliffe’s motivations; 45 percent say he did it because he thinks it is the right thing to do, while 42 percent say he did it because it would help Democrats win elections. More than 7 in 10 Republicans say McAuliffe’s action was an effort to boost his party’s chances, while more than 7 in 10 Democrats say the opposite.

McAuliffe’s planned move on Monday will be welcomed by such felons as Herb Williams of Prince William County, who signed up to vote after McAuliffe’s original order — only to be later removed from the rolls.

“I just feel like part of me was stolen,” said Williams, 62, a minister who said he straightened his life out after being convicted of drug and robbery charges in the 1990s. “People who have redeemed themselves — they should not continue to be marked people.”

Claire Guthrie Gastañaga, executive director of the American Civil Liberties Union of Virginia, said she would cheer another restoration plan — particularly one that restores rights before October, the registration deadline for voting in November.

“We think it’s the right thing to do, and we’re hopeful it will get done in time for people to be able to register before the deadline,” she said.

Del. Robert B. Bell (R-Albemarle), a 2017 candidate for state attorney general who has led the charge against McAuliffe’s order, said he would watch any new restoration efforts closely because of the problems with the original order.

“Given that his first order was unconstitutional and included a noncitizen sex offender in Peru, we will certainly want to review whatever he does on Monday very carefully,” Bell said.