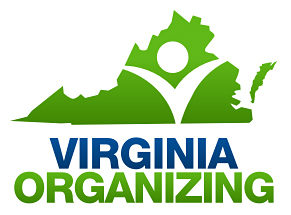 Today, I woke up to a world that I had refused to imagine yesterday, a world much less secure and inclusive, much less just and caring. It wasn’t that I didn’t know there was bigotry and xenophobia in America; I’ve been around long enough to have seen it plenty of times and, as a woman and a member of the LGBTQ community, to have experienced it firsthand. But I did not think it was as prevalent as it now appears to be.

I’m disheartened and apprehensive about the future. I imagine many of you are feeling the same way. But we must remember: That future is a future that we can make—together. I’m writing today to tell you how we stand up, with courage and dignity, and refuse to let the forces of hatred undermine our rights and make a mockery of justice, how we stand together to bring our vision of the world to reality.

Yes, we are all worried about the possibility of new laws, new policies, appointments to the Supreme Court, and the naked racism and sexism that now marks our national politics. We have good reason to be. But we must try to put worry aside and remember what Dr. King always said: “The arc of the moral universe is long, but it bends toward justice.” Although many of us are grieving for our families, our communities, and our environment, we must not lose hope that justice will prevail. Long though it may be, that arc will bend toward justice because, together, we will bend it so. As one of the characters in John Steinbeck’s novel The Grapes of Wrath said, “We are the people that go on.” We will go on. We will go on for justice.

There are three things you can do right now to help bend the arc toward justice.

The arc is long, but we’re going to fight with all our might for social, racial, economic, and environmental justice. Let’s get to work! Let’s organize! Let’s build the world we want to live in!

P.S. Our grassroots movement is growing all across Virginia. Please share this with friends and family who are asking you how they can help. You can also share on Facebook.