Home » The Issues » Health Care » What’s at Stake for Women if the ACA is Repealed?

What’s at Stake for Women if the ACA is Repealed? 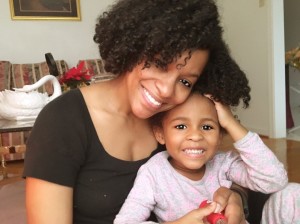 Featured on the Community Catalyst blog

What’s at stake for women, as politicians in Washington pledge to repeal the Affordable Care Act (ACA), as soon as January? Just ask 38-year-old Trei Clark of Atlanta.

“I have a four-year-old daughter. A little under a year after she was born, I was diagnosed with MS (Multiple Sclerosis),” Clark explains.  Working from home, she still has coverage from her employer for herself and her daughter, but her work future is unclear. “If they pull back the ACA, I’m not getting health coverage, certainly not on my own,” she says.

Trei Clark is one of millions of women who are worried about what would happen to them and their families if the ACA is repealed.  More than 6.8 million women were enrolled in marketplace plans this year, according to a June 2016 report from HHS.  Most were eligible for subsidies that helped make their coverage more affordable. Millions more have gained Medicaid coverage through the ACA’s expansion of the program. Moreover, 2.3 million young adults have been able to stay on their parents’ health plans until age 26, giving young women needed coverage for reproductive health and primary care services. As a result of these coverage gains, the national uninsured rate among women ages 18 to 64 fell from 19.3 percent to 10.8 percent between 2010 to 2015.

But even with all of these tremendous gains, access to affordable coverage isn’t all that’s at stake for women if the ACA is repealed without a comparable replacement plan.

What women stand to lose:

1)      Protection from being denied coverage for a pre-existing condition.

Women like Clark have been comforted by the knowledge that they couldn’t be denied coverage, have their insurance cancelled or be charged more because of a pre-existing condition that requires expensive medical treatment. “I’ve gotta get a cervical and a brain MRI twice a year, every year,” Clark explains. “That right there is thousands of dollars. My MS medication retails at over $6,000 a year. Not to mention that I take eight or nine medications on top of that.”

Additionally,before the ACA, insurance companies could refuse to offer coverage to women, cancel their coverage, or charge women more because of having had a cesarean section delivery, or for having been a victim of domestic violence or rape. Those protections will also go by the wayside.

Federal officials report that an estimated 55.6 million women with private insurance are now guaranteed coverage of recommended women’s preventive service without cost-sharing. Women are saving an estimated $250 a year each on out-of-pocket costs for contraception, according to a 2015 Health Affairs study. That coverage is especially at risk because the list of which services are included was not spelled out in the ACA, but rather, was determined by the U.S. Department of Health and Human Services, based on expert recommendations. So, repeal of contraceptive coverage would not require Congressional action, but rather, could be accomplished single-handedly by Tom Price, the nominee for Secretary of Health and Human Services, and a vocal opponent of contraceptive coverage.

3)      Guaranteed coverage of maternity care, at no extra cost.

Maternity care (prenatal care and labor and delivery) is one of the Essential Health Benefits that all health insurance plans must cover under the ACA. Before the ACA, most  individual health insurance plans did not cover childbirth, or charged extra for it through a rider, according to research by the National Women’s Law Center. Trei Clark remembers what that was like: “I have had independent insurance before the ACA, and I was penalized for being a woman of childbearing age. You could get regular insurance for about $200 a month, but if you wanted maternity care, $350 a month extra.”

Prior to the ACA, insurers could charge women more for coverage simply because they are women. The ACA made it illegal for insurers to engage in “gender rating,” or charging women more in premiums than men for identical health benefits.

5)      Funding of Planned Parenthood and other women’s health providers.