A Letter to U.S. Senators Mark Warner and Tim Kaine 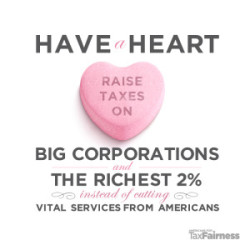 Virginia Organizing signed on to a letter to U.S. Senators Mark Warner and Tim Kaine regarding budget cuts and solutions to the current budget issues our nation is facing. The full text of the letter is below.

As faith and community leaders in Virginia, we are deeply concerned about budget trends that are hurting our communities.  We are particularly concerned that projected cuts will hurt disproportionately the poor and vulnerable in our society.

For example, if sequester cuts continue this year, 10,900 children and mothers in Virginia will go hungry without the WIC program, 2,287 low-income families will lose rental housing vouchers, and $14 million will be cut from Title 1 K-12 funding for schools in low-income communities. We are further concerned that the President’s budget proposal would cut Social Security payments over the next ten years.

We appreciate the role you played on the Senate Budget Committee in crafting the budget resolution that recently passed the Senate. We remain concerned, however, that any final agreement on federal spending and revenues will be felt most harshly by those who can least afford it.

We hope both of you, as Virginia Senators, will work to ensure that negotiations focus on:

Increased Revenue: The current system of tax expenditures–through loopholes, credits, deductions and other benefits–disproportionately favors the wealthy. The numerous tax exemptions in the tax code are also exorbitantly expensive, costing about $1.1 trillion a year. We urge you to support positive tax reform which increases taxes on the wealthy while protecting refundable tax credits for low-income earners.

Smart Pentagon savings: The Pentagon budget, which has grown by about 50 percent in real terms in the last decade, is still projected to be higher ten years from now than it was during most of the Cold War and the Vietnam War. Our nation needs to find more savings in that area while also ensuring that we have appropriate transition assistance for communities that may be impacted by these changes.

As you participate in Senate deliberations on how to balance our federal budget, we urge you to focus on the following top line priorities:

We look forward to sending a delegation of some of those who have signed below to discuss these issues in person with you.