Home » The Issues » Anti Discrimination » A Response to Webb’s “Diversity and the Myth of White Privilege.”

A Response to Webb’s “Diversity and the Myth of White Privilege.” 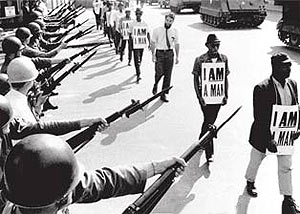 The following article was written by Larry Yates in response to Senator Webb's recent editorial in the Wall Street Journal. Larry Yates is long time activist and former VOP Shenandoah Valley organizer and the article was original posted on Alt Daily.

In an age when so many politicians hardly dare think a thought that some fundraiser has not endorsed, the Junior Senator from my state of Virginia, Jim Webb, stands out as not afraid to say what he thinks.

He cares deeply about the frontline serviceman and servicewoman, and he certainly makes that known. Recently, he has spoken up on  the catastrophe that is our “justice system,” and I think he might actually spur some action with this bold initiative from an unexpected direction.

But anyone who speaks passionately and on many topics will sometimes wander onto shaky ground. This is what he has done, I believe, in his comments on affirmative action and related issues in “Diversity and the Myth of White Privilege.”

Jim Webb is a passionate man. Aside from his military experience, his passion for service clearly grows out of his experiences in Southwest Virginia and his Scots-Irish background.

I first visited Southwest Virginia in 1981, and have been back many times, including during the hotly contested Pittston coal strike of 1989. There are many striking things about the region, aside from its amazing physical beauty. The coal industry has visibly built it up and brought it down. Tiny communities and old traditions still survive back in the hollers. But as an organizer working around the Commonwealth, the first thing I noticed was a society that was, despite hard class issues, tightly knit by longstanding kin and communal connections – and almost undivided by race.

Southwest Virginia is the whitest region of Virginia. This does not mean it is the most prejudiced region. It certainly does not mean that Senator Webb is racially prejudiced, especially given his interracial marriage and his military and public service. But it does mean that his emotional and political starting point is that of white working people who, on a day to day basis, do not interact with African-Americans.

Working statewide, and having been a blue-collar worker in Richmond in the 1970s, I can testify that working-class whites in other parts of Virginia do in fact have privileges in relation to African-Americans, whether we are talking about government services, access to jobs, or financing to buy and maintain a home.

Obviously, though, I am not going to make my case by a personal experience contest with Senator Webb. But I can make my case by doing what the Senator barely did – focusing on the facts.

Throughout the article, Senator Webb made assertions with no facts to back them up.

The most striking example is his statement that “a plethora of government-enforced diversity policies have marginalized many white workers.” He fails to back up what he must consider self-evident. Unfortunately, this statement is simply wrong.

In a 2002 review of available scientific and polling sources, University of Maryland sociologist Fred Pincus highlighted the following facts:

In other words, Senator Webb has built his thesis on very shaky ground. “Reverse discrimination,” despite its media glamour, is a very minor phenomenon, and that part of it attributable to government policy must be even smaller.

On the other hand, he minimizes discrimination that does exist, stating that “Those who came to this country in recent decades from Asia, Latin America and Africa did not suffer discrimination from our government..” It is true that immigrants arriving after the 1968 passage of the Fair Housing Act should not have experienced de jure discrimination. But does he really believe that immigrant people of color have not experienced de facto discrimination in services or other government actions? This leaves out, of course, discrimination by private actors, which was the main focus of most of the civil rights laws. The fact that, if discriminated against by their local merchants, landlords, and employers, a recent immigrant can come to the government and have an equal right to complain is hardly an indicator of equal status with white neighbors.

Even more importantly, Senator Webb fails to make his case that the problem that affirmative action sought to solve has been dealt with – that there is equality of status today between African-Americans and whites. He does make a solid case that many white groups are as limited in formal education as African-Americans. But he does not even mention wages, incomes, or the most important economic status determinant, family wealth.

My father grew up in rural Georgia. During the Great Depression, his father mortgaged his mules; they were apparently worth more than his acreage. But that 120 or so acres stayed in the family – unlike in many systematically looted African-American families – and my father recently sold his one-sixth share for a substantial amount. With the help of the G.I. bill and FHA lending, both resources much less available to African-Americans and other dark-skinned minorities, my father had in the meantime had a professional career, and given me an upper middle class upbringing. In other words, white privilege played a critical role in the southern rural side of my family history.

Wealth matters, and the difference between white and black wealth is large and well-documented.

I believe that Senator Webb’s intention, in writing this article, was to make the case that the great economic disparities in this country do not only affect African-Americans, but that many whites in this country receive disparate treatment. This is not only an incontrovertible fact, but has been long recognized, for example by the creation of the Appalachian Regional Commission, an entity that provides (far from adequate) development resources to a predominantly white area that has long been exploited economically.

We need justice for every person in the United States who has been denied opportunity, regardless of color or ethnicity or any other extraneous factor. Jim Webb is passionately in pursuit of this goal, as indicated by his recently being given the Andrew Jackson Presidential Award, given to those ““who have demonstrated in their civic lives a dedication to the furtherance of our American democracy and to sound governance principles.”

But I believe, in common with social justice leaders from the AFL-CIO to the Catholic Church, that continuing to act affirmatively to end racism is not a distraction from, but an essential part of “the furtherance of our American democracy.” After all, the southern Freedom Movement, though it was initially seen as anti-white, is now universally understood to have brought economic progress to the South for everyone.

We are a great and complex nation, and we can recognize, and work on, more than one problem at a time. I have confidence that Senator Webb will correct the misstep he made in this article. He will come to understand that he need not deny ongoing racism, or stand in the way of the work against it, in order to advance the legitimate concerns he has about white working class people held back because of their class, region, or other factors.

Larry Yates’ social justice and anti-racist commitment began in the mid-1960s working against housing segregation in Virginia’s Washington suburbs. While at the National Low Income Housing Coalition, Larry was the first national organizer of tenants in at-risk privately owned assisted housing, and an early user of e-mail for organizing. He also served as the Grassroots Organizing Mentor at the Center for Health, Environment and Justice, as founding Executive Director of the Virginia Housing Coalition, and most recently as Shenandoah Valley Organizer for the Virginia Organizing Project, a position he left in June 2010. Larry’s other writing on race and related issues includes a chapter on the history of housing organizing is in A Right to Housing: Foundation for a New Social Agenda, his response to David Horowitz's attacks on reparations for slavery in The Debtors, published by Caucasians United for Emancipation and Reparations and a chapter in Accountability and White Anti-Racist Organizing: Stories From Our Work, to be published this fall by Crandall, Dostie and Douglass. He and his wife Carol moved to Winchester, Virginia in 2009. Larry previously lived in Richmond, the Washington suburbs and the Shenandoah Valley in Virginia. Larry belongs to the National Writers Union, the NAACP, and the National Organizers Alliance. His personal website is www.user.shentel.net/llyates.