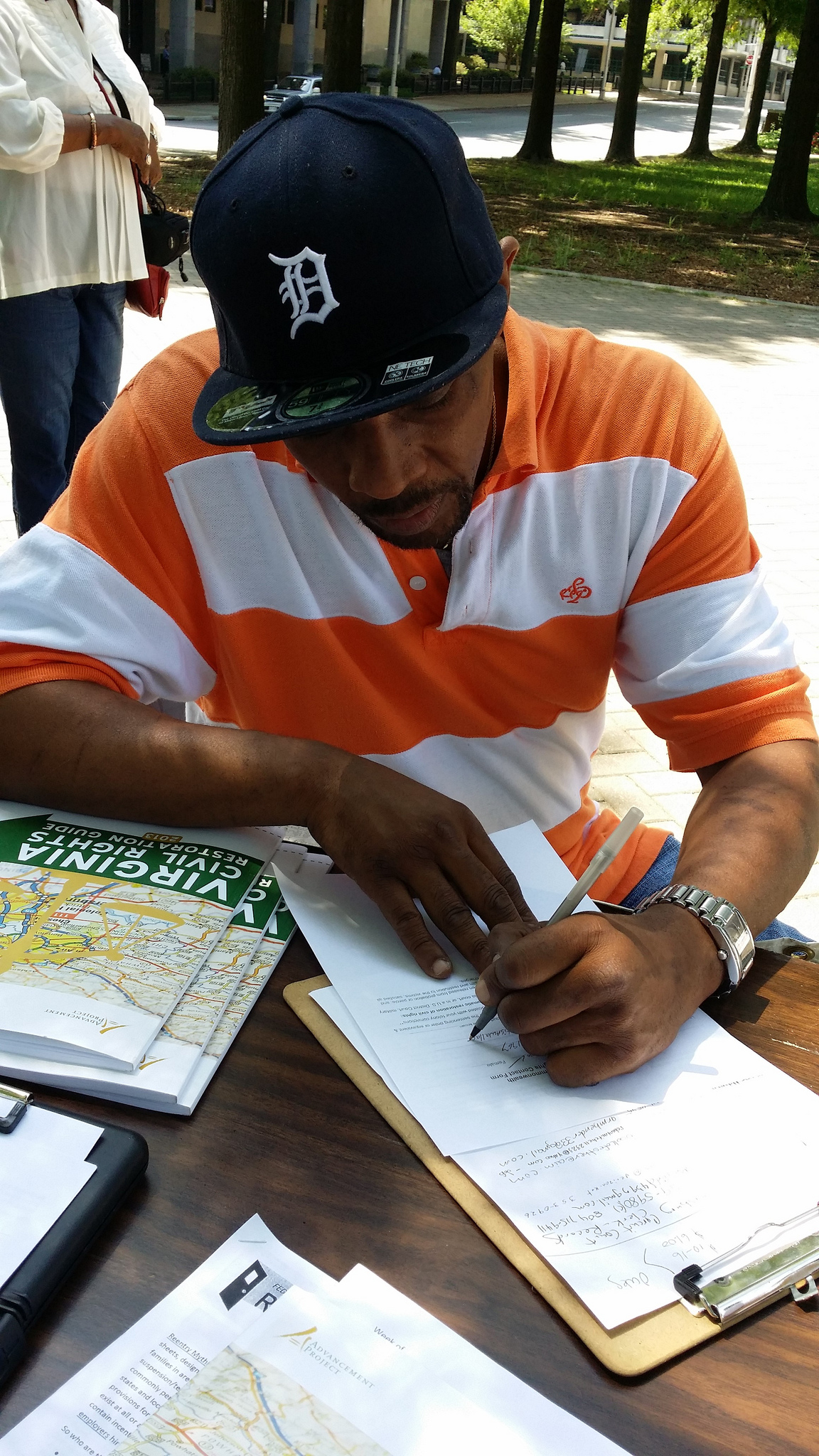 Right now there is a stream of legislation on Capitol Hill that could open the door to restoration of the vote for millions of disenfranchised convicts and ex-cons.

If advocates have their way, voting rights could be a new reality for the nation’s incarcerated.

Full voting rights for felons is as hot a topic in Washington as voting rights in reverse pushed by voter-ID-tickled Republicans. But with new legislation moving through the Senate, a spotlight is being placed anew on the plight of prisoners who not only face electoral disenfranchisement behind bars but also have no way to participate once they return home.

“While release may be granted, access is denied,” said Desmond Meade, an ex-offender who later became a leading felon-rights activist and president of the Florida Rights Restoration Coalition.

As the Sentencing Project noted in its 2010 analysis, there were nearly 5.85 million Americans who were restricted from voting—600,000 more than its research in 2004. That included 4 million already out in the community and completely barred from political participation. But a 2012 voter-turnout study by the George Mason University Elections Project found more than 6.8 million Americans combined who were either in prison, on probation, on parole or completely ineligible to vote because of felony convictions.

Not only does the U.S. penal population account for half of the more than 10 million prisoners in the world, but its number has increased a staggering 481 percent since 1976, according to theInternational Centre for Prison Studies at the University of Essex.

Only two states, Maine and Vermont, have no restrictions on felon voting rights. In three of the states with restrictions—Florida, Kentucky and Virginia—the Sentencing Project estimates that 1 in 5 African-American adults are disenfranchised.

That has plucked a nerve with Attorney General Eric Holder. Holder compares it to a post-Civil War South, when blacks “swept up in this system too often had their rights rescinded, their dignity diminished and the full measure of their citizenship revoked for the rest of their lives.”

Those numbers have also caught the attention of a few senators, including one not-so-low-key Republican presidential hopeful. That’s opened up a recent stream of legislation seeking a federal solution, from the Democracy Restoration Act, S. 2235, to the Civil Rights Voting Restoration Act, S. 2550, and a complementary REDEEM Act, which may not focus specifically on voting rights but already has a companion test-run bill in the House.

“I think that’s consistent with the values of America,” said Sen. Ben Cardin (D-Md.), author of the Democracy Restoration Act, during a Tuesday panel by the American Civil Liberties Union. “The United States is usually seen as taking the lead on these issues globally, but we need to take care of business at home.”

Cardin, calling it “the Jim Crow law of our time,” pointed out the 8 percent of African Americans who are disenfranchised, in addition to the 17 percent of Latino men overall.

But catching the eye of many political observers is Sen. Rand Paul (R-Ky.), the controversial libertarian from the Bluegrass State who has fumbled on civil rights discourse in the past. Yet not only is Paul authoring the Civil Rights Voting Restoration Act and the REDEEM Act, but he’s also been viewed as leading a bipartisan charge on criminal-justice issues that’s an about-face from the usual tough-on-crime approach preferred by Republican rank and file.

Paul, sitting alongside the very liberal Cardin at the ACLU event, called felon disenfranchisement “the biggest problem of voting rights facing our country.” That’s clearly out of step with GOP colleagues who would say that distinction goes to voter fraud.

“The largest impediment to employment and voting rights is the criminal-justice system,” argued Paul. “I don’t mean to downplay past challenges minorities have had with voting rights, but I do think this is the biggest problem.”

While advocates have been working on felon-rights issues for years, Meade attributes the fresh look at voting rights to skyrocketing prison costs. “The cost of incarceration, the amount of dollars the prison system commands, has led to a natural review of the issue,” Meade told The Root.

Deborah J. Vagins, senior legislative counsel in the ACLU’s Washington office, describes movement on the issue as “bipartisan,” although Paul is the only visible Republican to date. And despite the political impossibility of passing such a bill in the hyperpartisan House, Vagins is hopeful, pointing to steps Holder’s Justice Department could take.

“He’s talking about an issue we’ve been talking about for some time,” Vagins told The Root. “I do believe the department could set up a system whereby they inform prisoners of their loss of voting rights in plea agreements, for example. Or the Bureau of Prisons could take administrative steps to notify them.”

But if voting rights were ultimately restored, would ex-offenders actually vote? Meade is ecstatic about the prospect: “What’s most important, beyond exercising the right to vote, is that they actually have the choice to participate in the democratic process.”