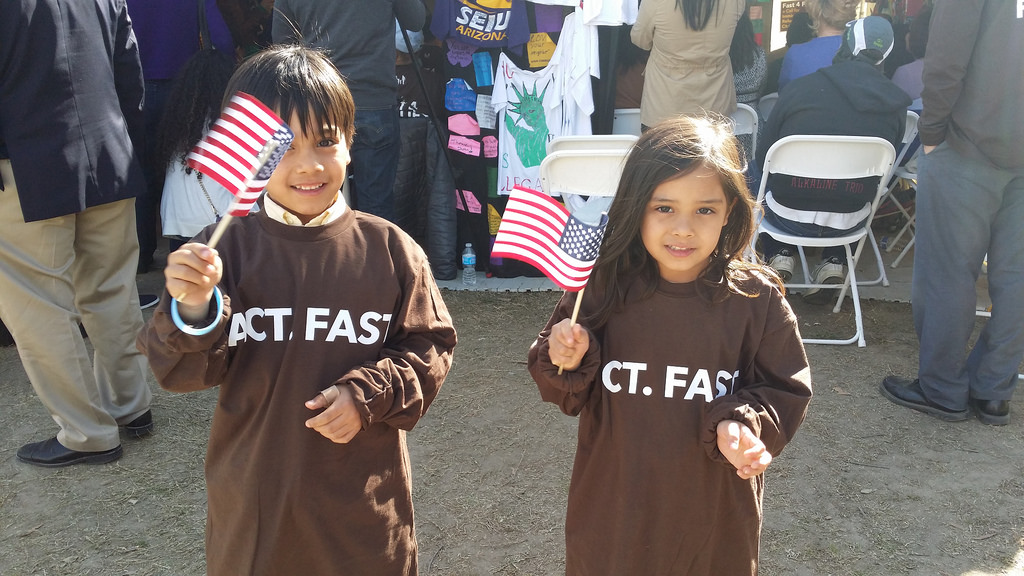 Nearly 70 percent of Americans believe the undocumented Central American children entering along the U.S.-Mexico border should be treated as refugees, a new poll shows.

According to a poll released Tuesday by the Public Religion Research Institute, 69 percent of those surveyed believe U.S. authorities should treat the children as refugees and allow them to stay in the country if it is determined it is not safe for them to return to their home country. Twenty-seven percent of Americans say the children should be treated as illegal immigrants and should be deported.

Seventy-one percent also say they mostly or completely agree that the U.S. should provide refuge and protection for all people who come to the U.S. if they are fleeing serious danger in their home country, the poll found. But 59 percent of Americans say they mostly or completely agree with the statement that the allowing the children to stay will increase illegal immigration.

The findings come as the Obama administration and Congress debate how to respond to the influx of more than 50,000 undocumented children that have arrived at the border since October. Congressional Republicans are largely pushing for a change to a 2008 law that would expedite the deportation process for the children, while Democrats have resisted a change in the law.

Seventy-nine percent of Americans call the situation along the border a “crisis” or a “serious” problem and 80 percent said they had heard at least a little about the border situation.

The survey was conducted July 23-27 with 1,026 adults on landlines and cellphones. The margin for error is plus-or-minus 3.1 points.