About the Danville Chapter 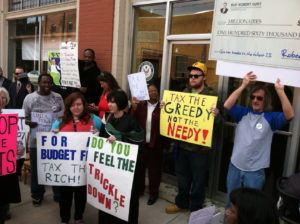 Residents of Danville and Pittsylvania County came together to create the Danville Chapter in 2010. Since then, Virginia Organizing has won real change in Danville:
.

Through regular strategy sessions, in-depth research, and community outreach, members are engaging new people and building a strong local chapter. If you live in the area, we’d love to have you join us!

Visit our Facebook page for the most up-to-date information!