Home » Chapters » Southwest » About the Lee and Washington County Chapters

About the Lee and Washington County Chapters 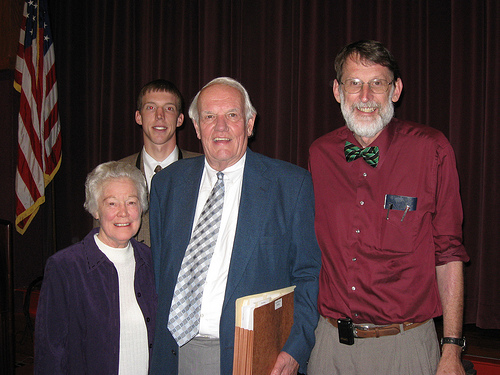 Our Washington County Chapter is one of our oldest! Over the years the chapter has worked locally on literacy, anti-bullying, predatory lending, health care reform and has coordinated with the Appalachia Peace Education Center on things like anti-racism workshops. We have also organized around the Clean Power Plan, a 5-year campaign to keep hydrofracking out of the county, stopping a truck stop, and other environmental justice issues.

Recently, our chapter has organized around economic development. We organized forums all over the county late last year to gather ideas from local people about what kind of economic development they would like to see. We also have a smaller group researching actual proposals to bring to the Board of Supervisors. These proposals would value small businesses and living wages and be an alternative to giving millions of dollars to big box stores. Finally, we have worked in the last year to organize a meeting on Immigrant Rights and a forum to hold our local law enforcement accountable to making sure all of our residents feel safe and valued.

Our oldest chapter in the state is in Lee County, VA—where Kentucky, Virginia, and Tennessee meet. We won our first local campaign in Virginia Organizing’s history when we addressed the jury selection process back in the late 1990s and made sure every group—not only white residents—was called for jury duty. This has set an empowering tone for organizing in the county and all over the state since then. Our chapter has organized around school bullying and keeping a waste incinerator from being built. We also had a major campaign in response to the opioid crisis hitting Lee County in the early 2000s, earlier than most other parts of the state. We organized and won a drug court, which now serves Lee and other local counties and provides alternatives to incarceration. We also organized a rally and had people in the courtroom when Purdue Pharma—the makers of Oxycontin—settled for millions of dollars.

Our chapter has worked to hold several candidate forums with the Lee County Education Association around school issues over the years. We have also worked with our guidance departments to help prepare all students for life after graduation. We have led dismantling racism workshops all over Southwest Virginia and have fought for the last three years to get our local hospital reopened. This is tied to Medicaid Expansion, the lack of which led in large part to the closure.